Written by Rachel, Posted in Inspired By, Thoughts 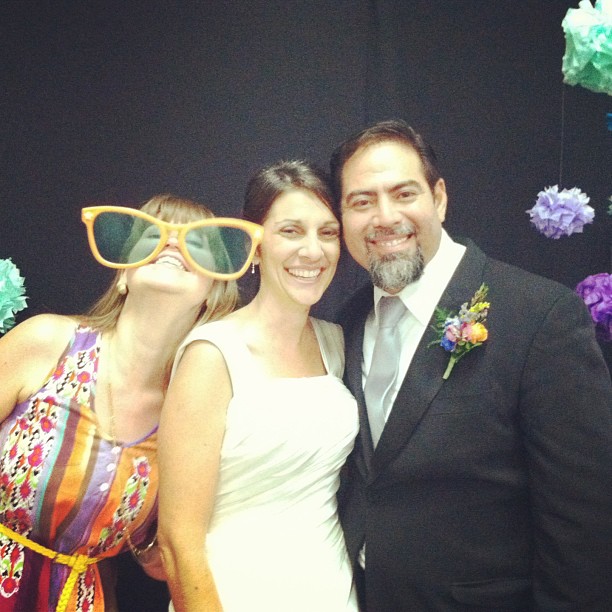 There are many reasons why I learned to love to cook. One of them is a friend named Sheila.

I am not the only one whose love for cooking was initiated by her. Not even close.

Sheila and I were roommates for four years during the time that I worked at a small Bible School in Texas. I left in 2006 when I moved to California to get married. We see each other every couple of years. We talk, we message, we leave notes on Facebook. It isn’t enough, but it suffices to keep us close, even though many miles separate us.

Sheila got married over the weekend. I was there to celebrate with her. 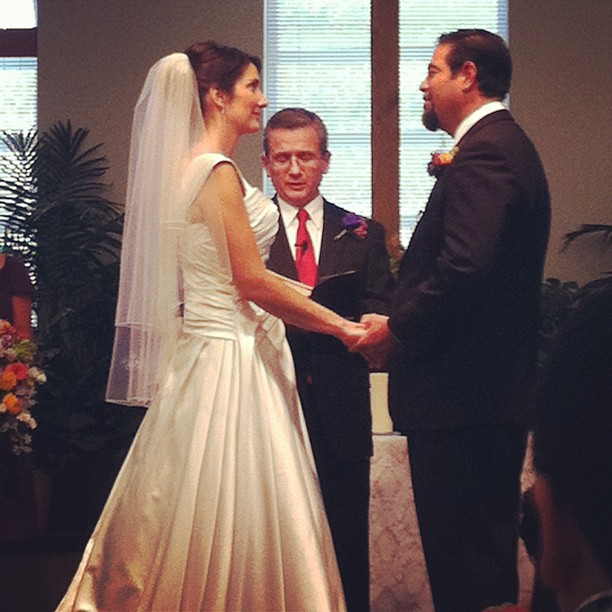 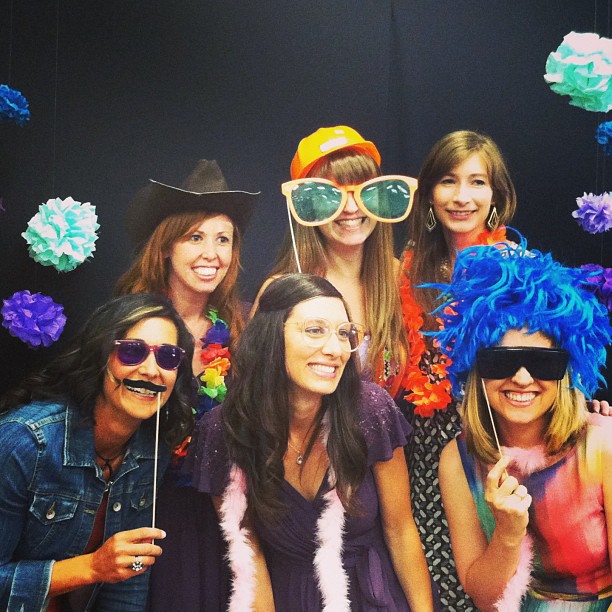 It’s times like this that get me feeling reflective andÃ‚ emotional (ok and, as evidenced by the above photo, silly and giggly…).

In Texas, Sheila was the Head Chef. But, on her days off, someone else had to cook. Sometimes that someone was me. This was not something I was super comfortable with…

One lunch, I was cooking for the usual 75 or so people. I was making Hot Chicken Chili. Sheila always had her menus planned, food bought, instructions ready for those of us who filled in. As instructed, I cooked the chicken with the seasonings, I added the onion, then all the other ingredients except the beans. I turned to her instructions.Ã‚ They said to use the beans that were in the plastic grocery bag on the shelf. I got them out, looked at them skeptically. I called her and left a message asking if she really did mean that I should use the two bags of dried beans that had been in the plastic bag. I didn’t hear back, so I dumped them in. All of them. Dried beans…

And then she called. “You didn’t use those beans, did you?”

“You’re going to have to pick them out.”

There was another bag of groceries that I hadn’t seen. The one with the canned beans.Ã‚ Oh!

My friend Jodi came into the kitchen at that point. It’s a good thing she did. I was about to have a meltdown, since I only had about 45 minutes until lunch was to be served.

We picked out each bean.

And now I know, dried beansÃ‚ need to be soaked overnight and then cooked for hours and hours.

Sheila taught me a lot more than the difference between dried and canned beans. I think her love for cooking just kinda rubbed off on me. I look up to and admire her. I call her when I need help with substitutions in baking. I use her recipes for French Bread and Potato Pan Rolls, because they are my favorites. And I try to hold back tears when she says that she’s really proud of me and what I’m doing with the show and my blog.Ã‚ You know that feeling when someone you really admire, who is a trained chef, who really actually knows what they’re doing, tells you that you’re doing a good job? It’s pretty incredible.

She’s very special to a lot of people. She’s starting a new chapter in her life and we’re all watching in anticipation to see what will happen next.

Sheila and I have accumulated many many hours of laughter over the 12 years that we’ve been friends. Making this short cooking show episode a looooooong time ago was a big source of laughter. Before, during, and many years after. It’s mostly just us laughing at ourselves, but still showcases our mutual love for food. 😉

Sheila’s Potato Pan RollsÃ‚ would go nicely with this! In fact, they’d go with most anything.

I don’t love our kitchen cupboards. But, around

This pic portrays how I feel about the @redsox tra