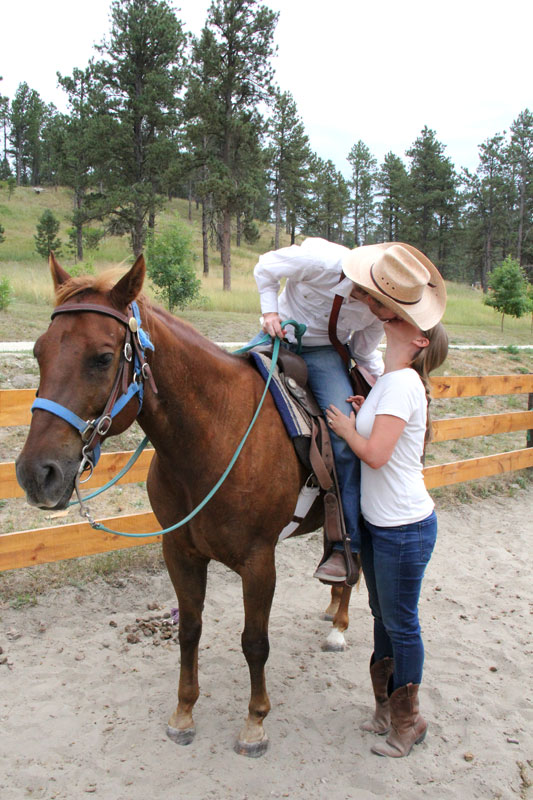 Montana, I see what all the fuss is about.

What a beautiful state.

We drove through them both on our family reunion road trip.

We drove through a few other states too: California, Arizona, New Mexico, Colorado, Utah, and Nevada. Some were much lovelier than others, but it was really fun to be in some places that I’ve never been.

We took the long way there and stopped in Albuquerque and Boulder. 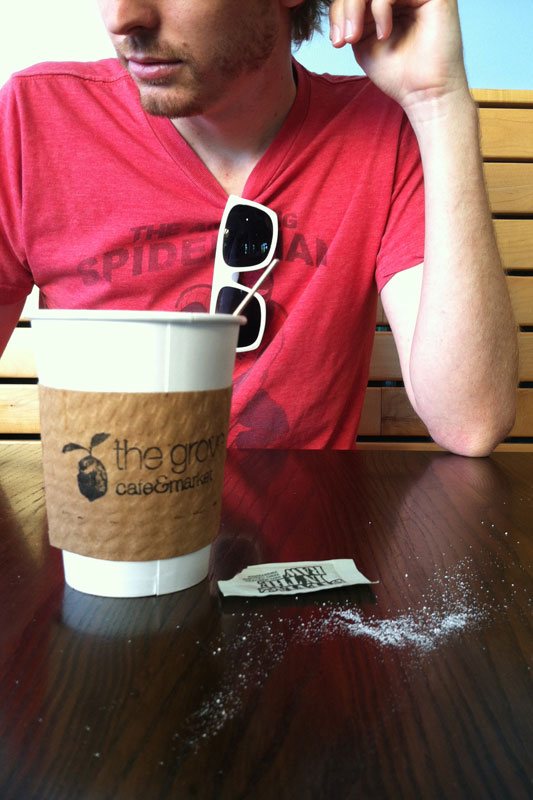 Albuquerque is where Breaking Bad was filmed. Tim found lots of locations and we did our own little tour. 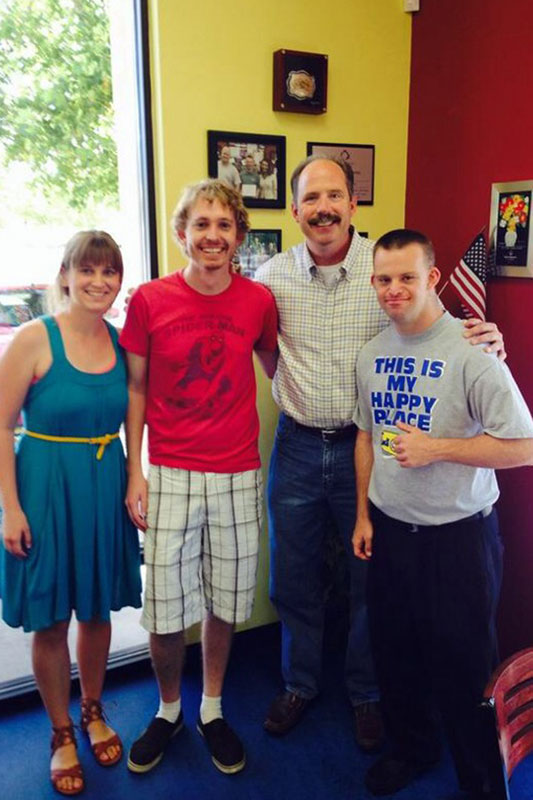 We also stopped in at Tim’s Place for lunch. If you’re ever in ABQ, definitely go there. Great food and such a friendly place (as advertised). We even got to meet the Mayor! 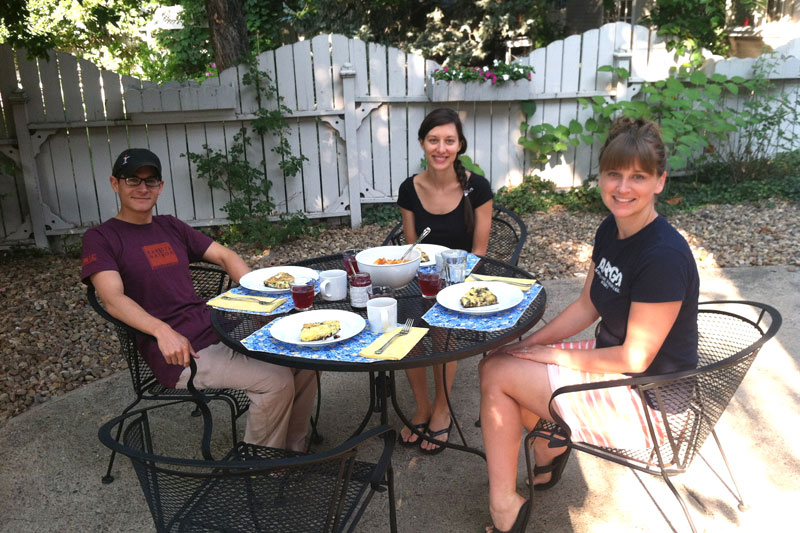 Boulder is home to Austin and Gen, some good friends of ours. We had a great dinner, stayed up way too late talking, and crashed on their couch. They fed us a delicious breakfast the next morning before we were off to our final destination: The Graves Family Reunion in Montana.

Lots of long days of driving were made so worth it when we pulled up and saw the 90+ family members there.

They do this every other year, this being the 65th anniversary. It all started with Tim’s great grandma and her siblings and has grown to five generations. 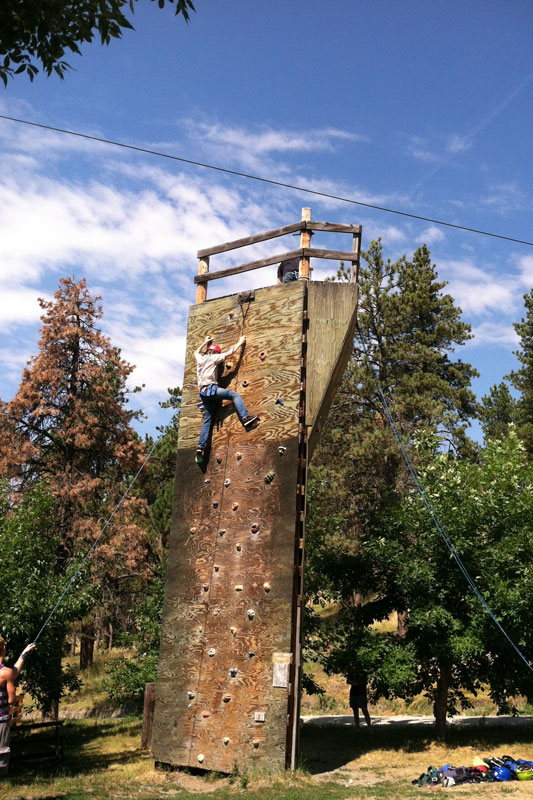 We were at a little camp in the hills of the Custer National Forest. They had all sorts of activities for us to do. Basically it was a week of camp for grownups (and the kids too). Rappelling, shooting, zip line, horseback riding… you know, camp stuff. 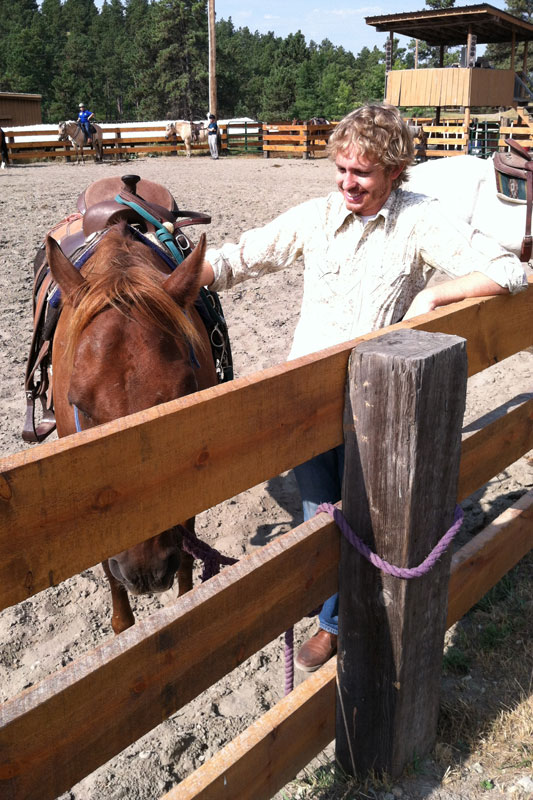 In the midst of the fun, I found out that I’m married to a cowboy. I didn’t know that Tim even knew how to ride a horse. The thing he misses most about the trip may be his horse, Cowboy. 😉

You know what I really miss (besides having a week off from cooking, the family, and the telepictionary games)? I miss not being able to use my phone.

We weren’t really expecting to be without cell service or wifi. But, it ended up being a nice break. I’ve realized since being back how much time I spend on Facebook and Instagram. Some of it is excusable – work stuff, sharing things that are beautiful, keeping in touch with family and friends… ok, that’s fine. Important even. I wouldn’t discredit the value in any of that. But, really, would my life be that much worse without it all if it meant I had to pick up the phone, mail a photo, or write a handwritten letter?

I feel caught in a net of perceived necessity. I have to stay or I will miss out… But, maybe I’ve missed out on more by staying.

Our time in Montana has left me longing for the days of old. Obviously I know we’ve got so many modern advances that have made life much better. We have water from a tap, medicines, and cars. We don’t worry about daily shootouts at the saloon, can shower every day, and can communicate with family at the touch of a button. I don’t actually want to live in the Pioneer days. But, then I think about how much we depend on pre-made packaged junk that is called food. I see how we are so addicted to Facebook and Instagram that we hardly speak to each other in person. I’m surrounded by more stuff than we could ever use. And it makes me desperate to throw my iPhone as far away as I can and drive a DeLorean 88MPH with the dial set way way back.

I long for a time of homemade bread, living off the land, and talking face to face rather than texting. I know I can’t get away from it completely (how else would I post these thoughts?!), but I want some distance.

I want to spend less time worrying about likes, comments, and comparing my life’s photos to yours. I want to leave my phone in another room and not feel like I’m missing out on something. Time is the most valuable thing we have and we can’t get it back (something that Tim said as we drove through Wyoming that has stuck with me). I don’t want to “follow” someone because they could connect me to someone else or get me somewhere better. That’s not why I do what I do here at De Ma Cuisine. Maybe that makes me a failure in your eyes. I’m ok with that. Because my friend David told me the other day that my post about enchiladas helped him to feel like he could make them too. A dish he’d always wanted to try, but never felt he could make. That is why I do what I do.

So I’ll be around the interwebs still, blogging, as usual, but hopefully Facebook and Instagram stalking a bit less. I plan to write more letters, tend to my garden, converse with my husband without my phone in my hand, and to bake bread. Because homemade bread is something that is worth the time it takes. I don’t know if my Facebook posts are…

Food for thought. A little bit of my heart. Take it or leave as you wish.

If you don’t like it, there will be more recipes coming up soon.

« Beef and Bean Enchiladas
How To Freeze Peaches »