How To Freeze Peaches

Written by Rachel, Posted in Fruit, How To, Kid-Friendly, Storage/Prep 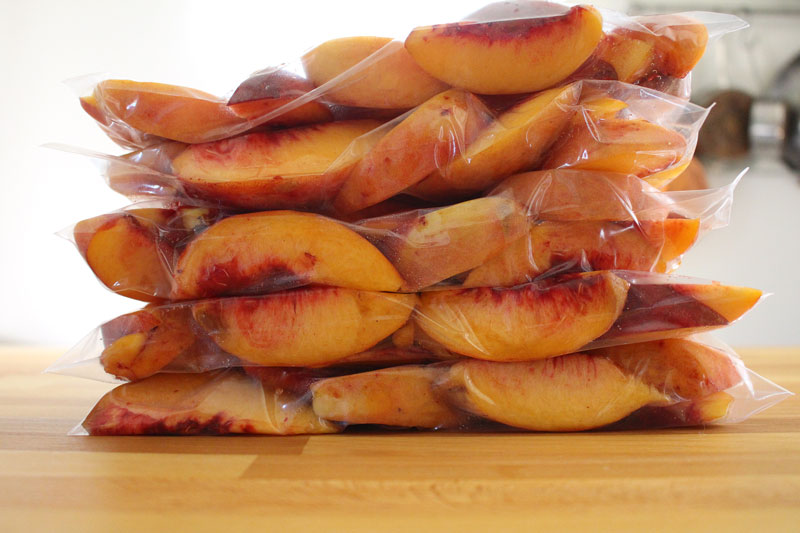 There’s nothing quite like the tangy-sweet taste of a peach. Ok, except maybe a nectarine… they’re pretty similar…

In these hot summer months, I love biting into a super juicy piece of fruit. So juicy that I either have to eat it standing leaned over the sink, or outside. It doesn’t have to be a peach. Watermelon, plums, apricots… they’ll all do the trick.

But, I’m eating a peach as I type this.

I just can’t get enough. 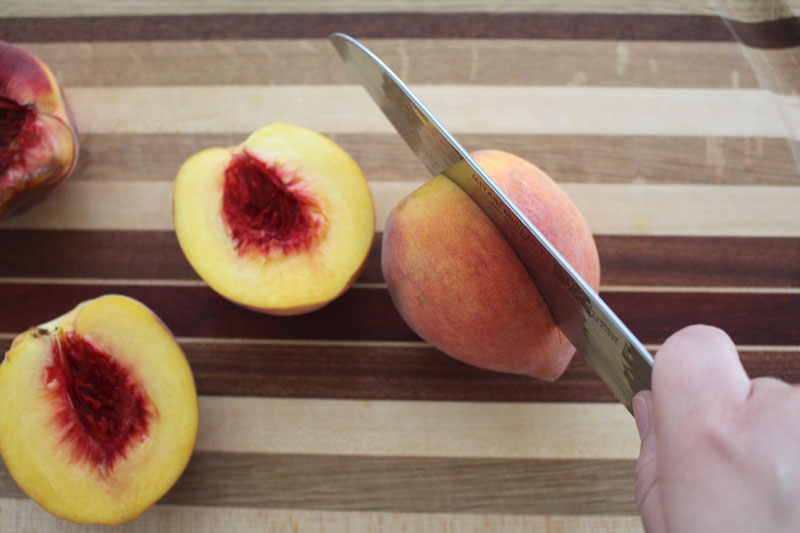 Because of this, it makes sense to me to save some for the winter months, when we’re wondering when we will ever see stone fruit again. It makes sense to always have peaches on hand for Fruit Crisp and topping Tim’s Homemade Vanilla Bean Ice Cream. 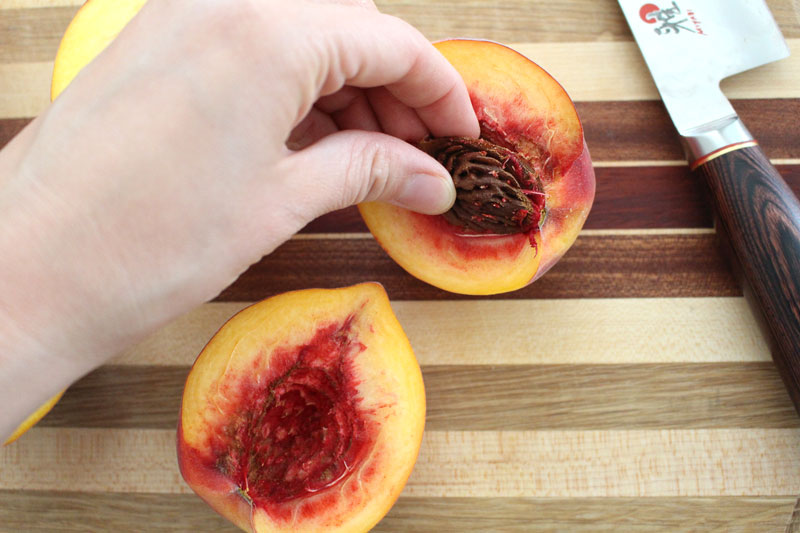 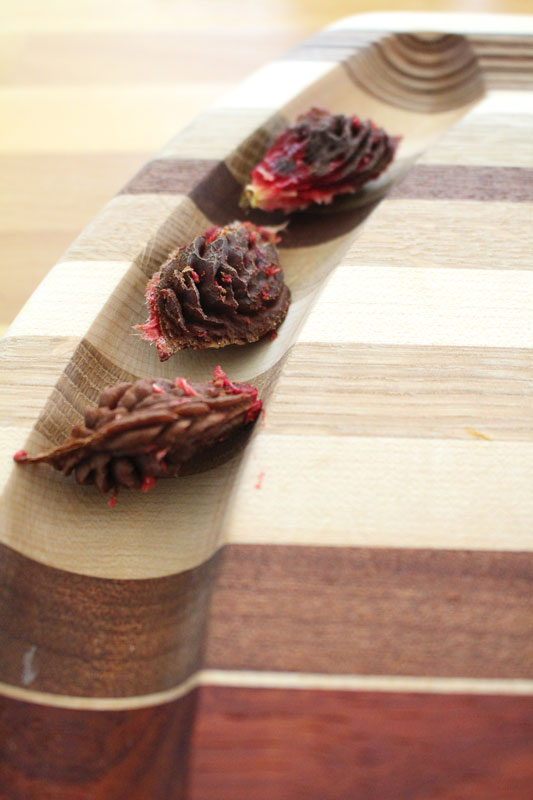 So here’s what I did the other day with part of my twenty pounds of peaches… I halved them, and pulled out the pits (which I’m saving to make some Peach Pit Tea).

You may notice that I left the skins on. If you want to skin them (some say to do this if you’re making peach ice cream, others don’t… it’s up to you), score the bottom with an X, toss whole ripe peaches into a pot of boiling water for 30-60 seconds, then quickly submerge in an ice bath (water and ice in a bowl). Let stand for 15-30 seconds or so, then peel the skin off with your fingers. (This is the same way you’d easily peel tomatoes, by the way.) 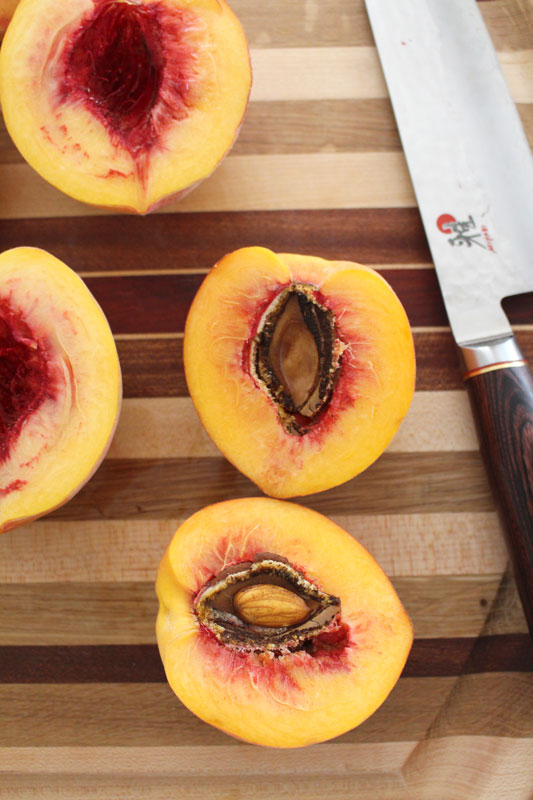 Some of the pits were split. That’s fine. Just pull out the pit and if there’s anything pitty still in the peach flesh, scrape it out and discard. (I didn’t save these pits for tea.) 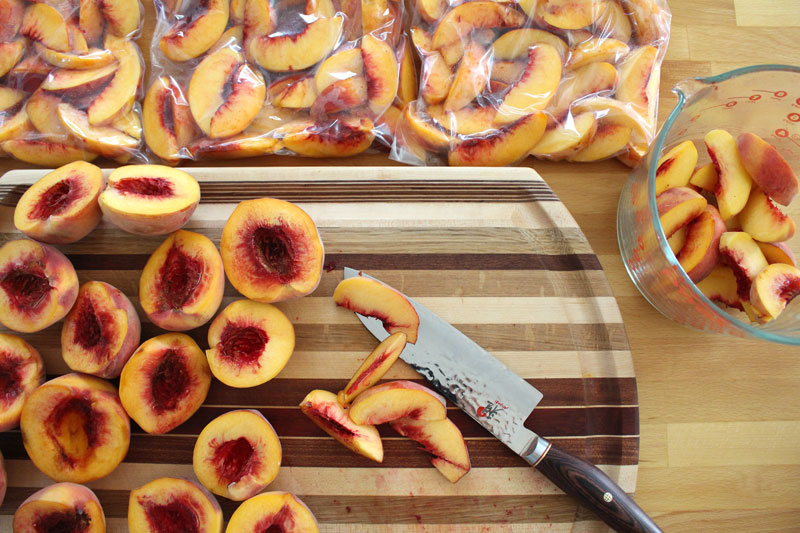 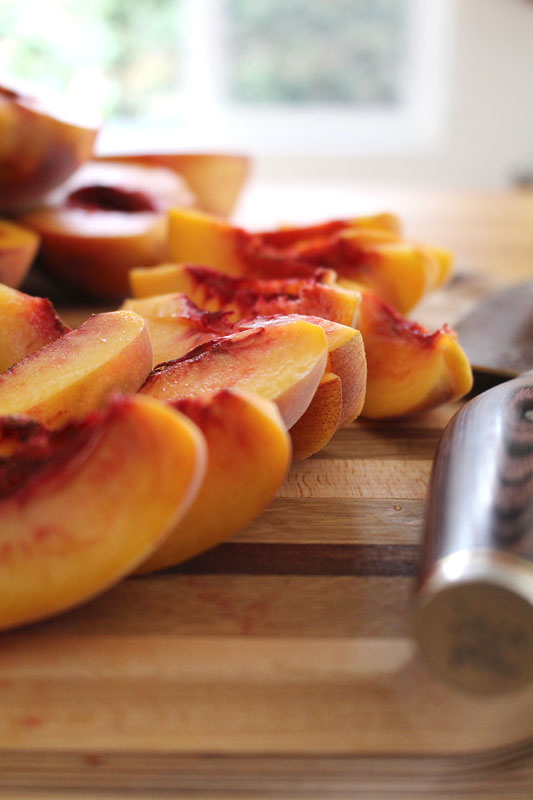 You could stop here and freeze the peaches halved if you want. I sliced them. I got about 8-10 slices per peach. They could then be chopped if you feel like doing a little more prep work ahead of time. But, I figured that it’s not too much work if I want to chop later for a crisp. Plus, I can’t unchop if I decide I want them all sliced again.

If you’d like to toss them with a little bit of lemon juice, that can help with browning. I guess that I worked quick enough that I didn’t have any turn brown, but if you want to be sure, lemon juice usually helps out. 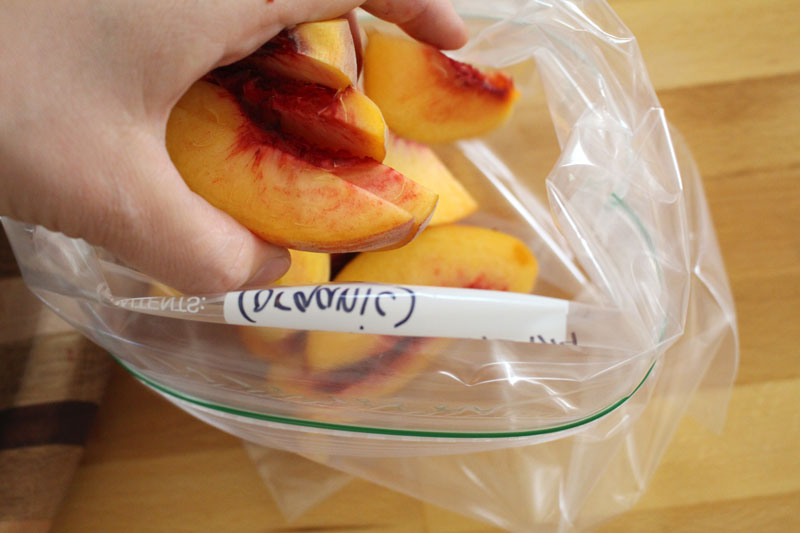 Freezer safe bags or containers are filled up. I used a large measuring cup and got a rough estimate for how much was going in to each bag. Some people like to freeze fruit by laying it flat on a baking sheet, freezing, then putting it into bags. That would be great. But, I was short on time, so I just didn’t fill the bags too full, and have laid them flat in the freezer, in hopes that the slices don’t stick together too much. And if they do, it won’t be a monster sized hunk’o peaches to break apart.

Do whatever works for you.

The sliced peaches can be eaten frozen, as a snack, right out of the freezer. They’d make a great popsicle replacement for a hot summer’s day. If you want to enjoy them with breakfast, thaw in the fridge overnight. They’ll be great with some Greek yogurt in the morning. To use them in a Vegan Fruit Crisp, you could use them frozen, or thaw them in the fridge overnight. If they’re frozen, just increase the baking time a bit. 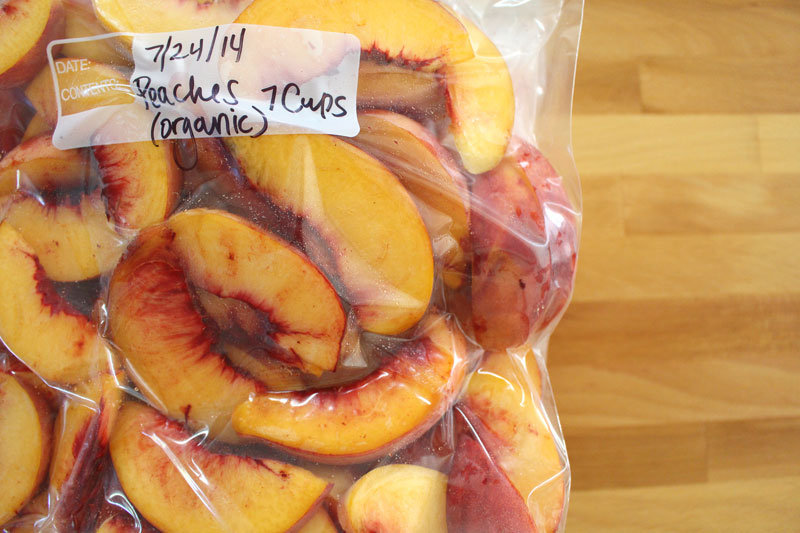 I ended up with about 35 cups of sliced peaches. Good for a while I hope… except that Tim has started making homemade ice cream most weekends, and peaches go really well with it.

We may be in trouble here. Maybe we will have to order another twenty pounds just to be saved for our ice cream addiction. 😉

*Ideas for peach parings from The Flavor Bible.