The BEST Meal I’ve Ever Made 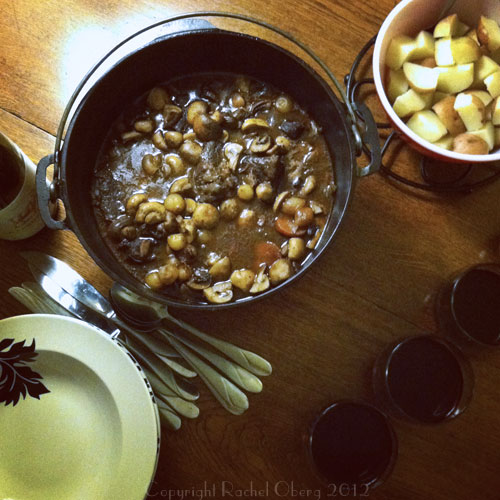 Last week I wrote a post about Julia Child. I told you I was planning to make her Boeuf Bourguignon. And I did. I spent, I think, about 4 hours on it. Serious. Friends, let me tell you something: It was, no joke, the best meal I’ve ever made, maybe the best meal I’ve ever had. Definitely in the top 4. It was incredible!Ã‚ (My other top three, in case you were wondering, were, not in order of preference: 1. On our honeymoon, we had dinner at the Madonna Inn and had steak wrapped with bacon. 2. When Husband and I were dating, I lived in Texas, he in California. On one visit to Texas, we had dinner atÃ‚ Saltgrass Steakhouse and had an amazing steak with mashed potatoes. 3. My birthday meal at Bistro Provence this past May. I had steak with mashed potatoes and asparagus… there seems to be a trend here.)

I followed her directions exactly. I’m not great at following a recipe, since my cooking style is more using what I have,Ã‚ doing what I think will work. I was a little bit nervous. Almost like I didn’t want to let her down or something. Not really, I suppose, but it was my first time making one of her recipes. I wanted to do it right.

We had invited Nolan and Joanna over for dinner. The meal was done literally 10 minutes before they arrived. It was perfect. We each had two helpings. There was not a morsel left for another day.

I’ll admit, I’m a girl a bit obsessed with Julia, Paris, France, and French. Part of the reason is I grew up in Southern Ontario and I was in a program called French Immersion. We spent half the day being taught in French (learning things like math, science, geography, history, grammar all in French), the other half in English. I’d say that now, many years later, after spending most of my education with some or a lot of French, I’m still fairly fluent. When Husband and I got married and it was time to decorate a kitchen, I wanted to have a Paris/French theme. Thus began my obsession.

Here are some photos of the process. 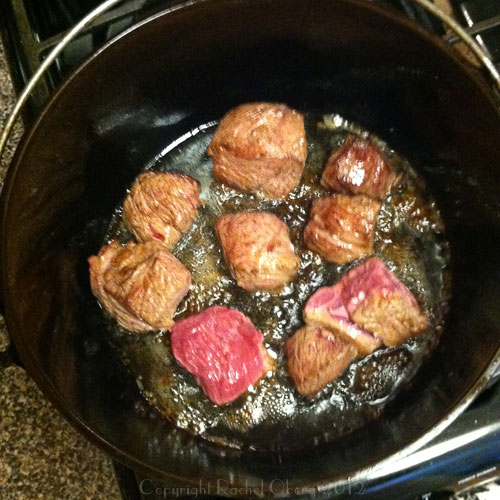 Beef gets dried with a paper towel, then browned in butter and oil. 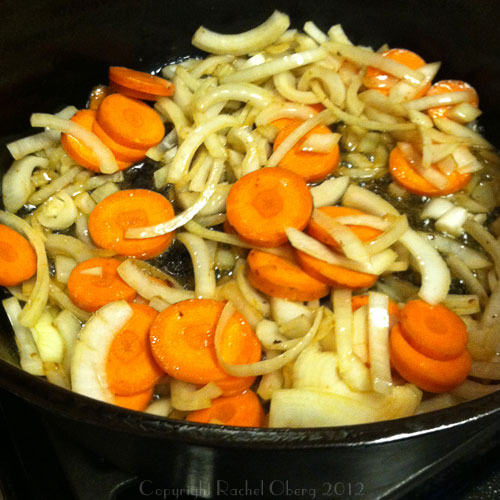 Onions and carrots are cooked after the beef is sent to the oven to get a floury crust. 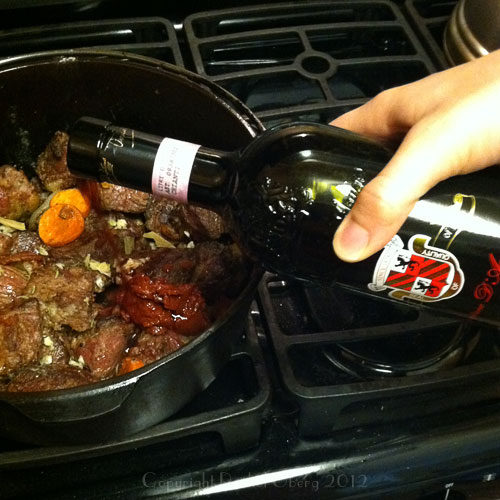 A whole bottle of wine is added. I used a Chianti. 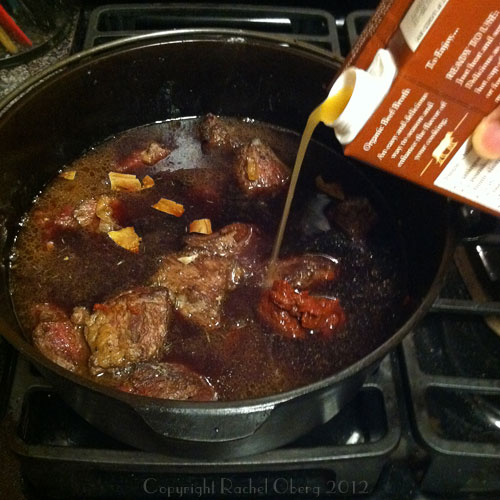 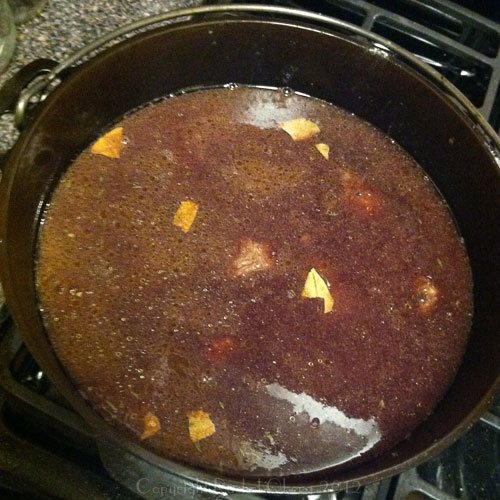 It’s brought up to a simmer on the stovetop, then covered and placed in the oven for 2 1/2 Ã‚ to 3 hours. 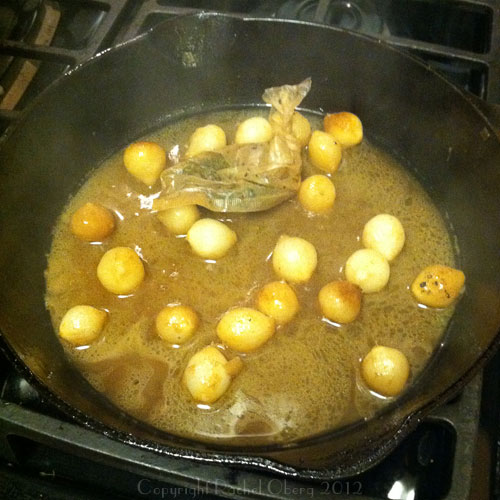 Onions are braised in butter and beef stock. Heavenly! 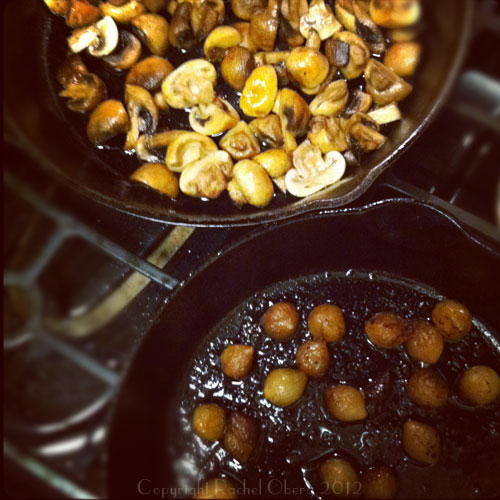 Mushrooms are sautÃƒ©ed in butter. Onions finish cooking after 40 to 50 minutes. 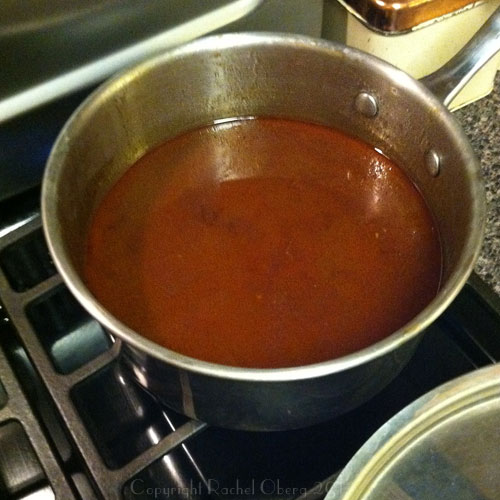 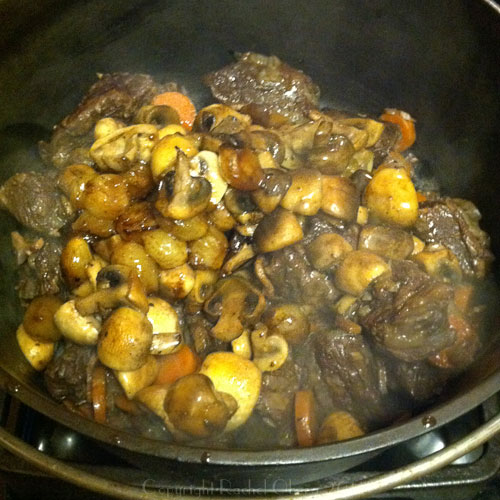 Beef is returned to the cleaned cooking dish (I used a large cast iron soup pot) and topped with the mushrooms and onions. 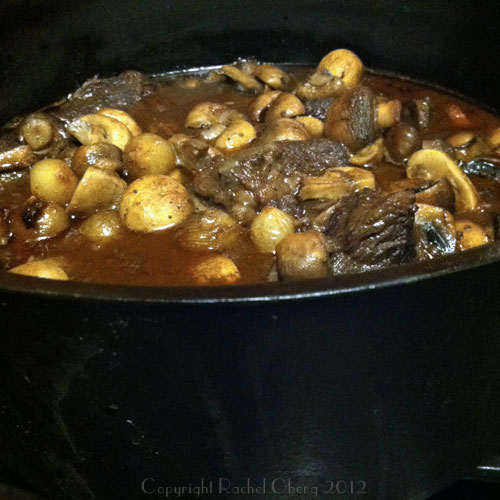 Sauce is poured over the beef and veggie mixture. It simmers for 2 to 3 minutes. 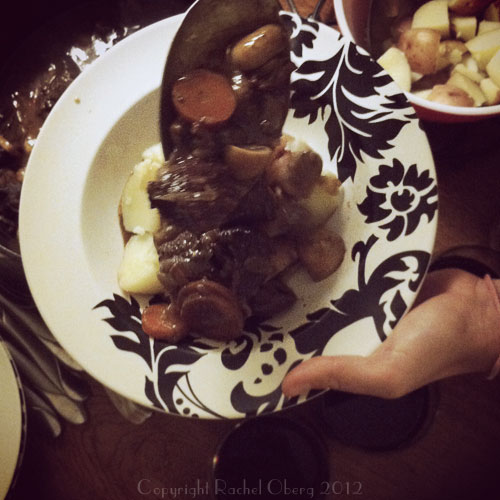 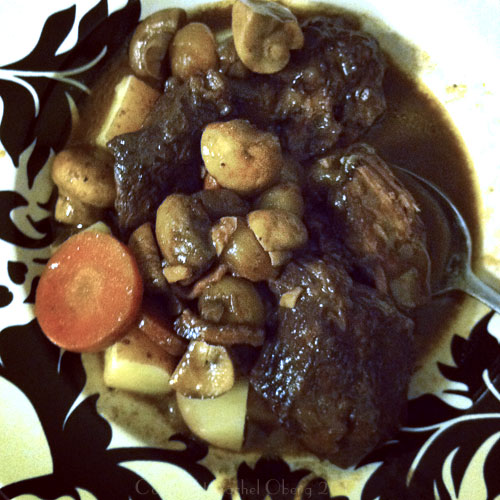 I almost didn’t get any photos of the dish in my bowl. This was after a bite or two, and many exclamations of how good it was. 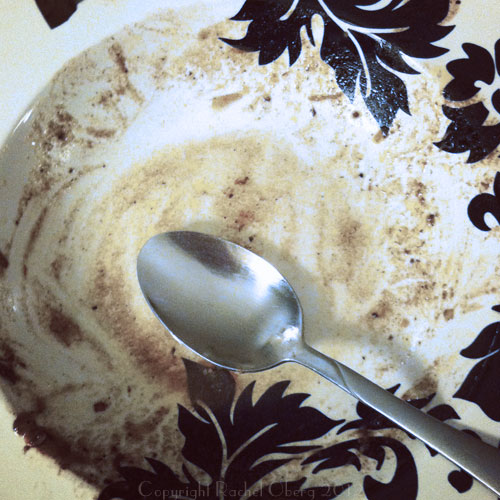 And then it was gone. 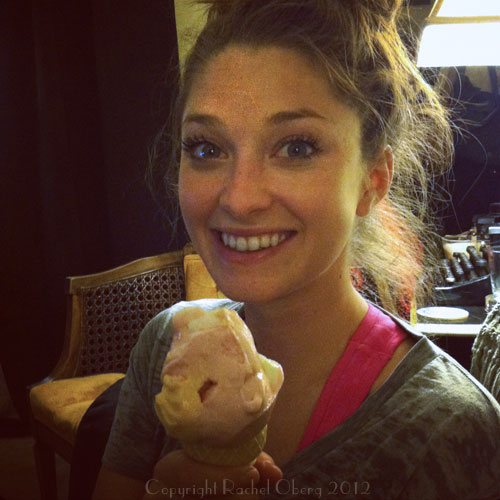 So we had dessert. Rainbow Sherbet in a cone.

Now that you’ve seen it, heard about it, know that it’s totally possible to make (and not as difficult as I thought it would be, it just took a long time), I want to share her recipes with you. They can be found elsewhere online, and of course in her cookbook, which now that I’ve made these three recipes, I’d wholeheartedly recommend!

Author: Julia Child
Serves: 6
The most amazing meal, by the most wonderful cook!
Ingredients
Instructions
Notes

I served it with steamed potatoes and a French wine.

The onions may be cooked hours in advance, and reheated before serving.

The mushrooms may be cooked in advance, set aside, then reheated when needed. Season to taste just before serving.
This recipe is for 1/2 lb. of mushrooms. The Boeuf Bourguignon recipe calls for a full pound.

All recipes are from Mastering the Art of French Cooking, 2010 (1961), Julia Child, Louisette Bertholle, Simone Beck