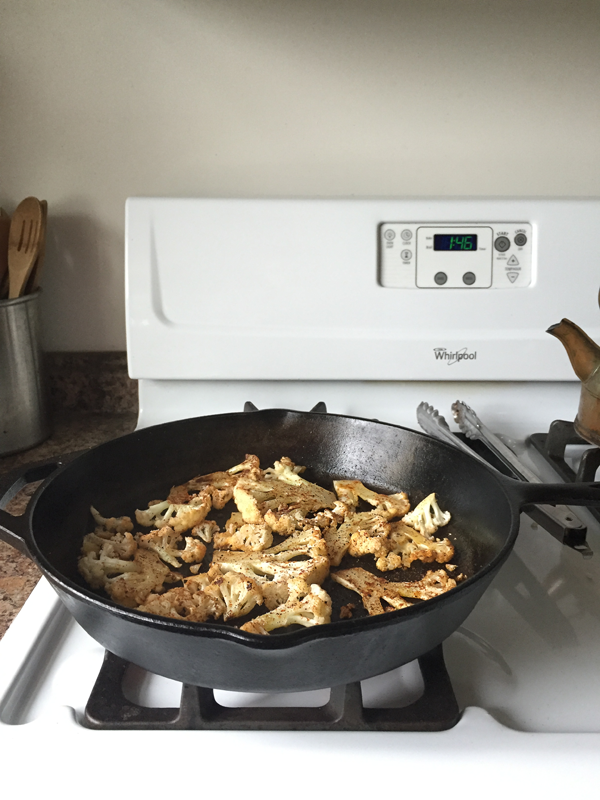 You ever have a day (or a week) where you just need to eat your feelings? One day, about two weeks ago, I had ice cream three times. It was a rough day. But, the ice cream helped. So did the wine that I drank after the ice cream. And the popcorn that I had for lunch. Sometimes I need to allow myself to not think. To just eat because I want to. It’s not usually like that. Meals are planned in advance, food is purchased, time is carved out to cook.

On those days when I’d rather reach for the ice cream, or potato chips, or just run to In-n-Out, there are meals like this one. 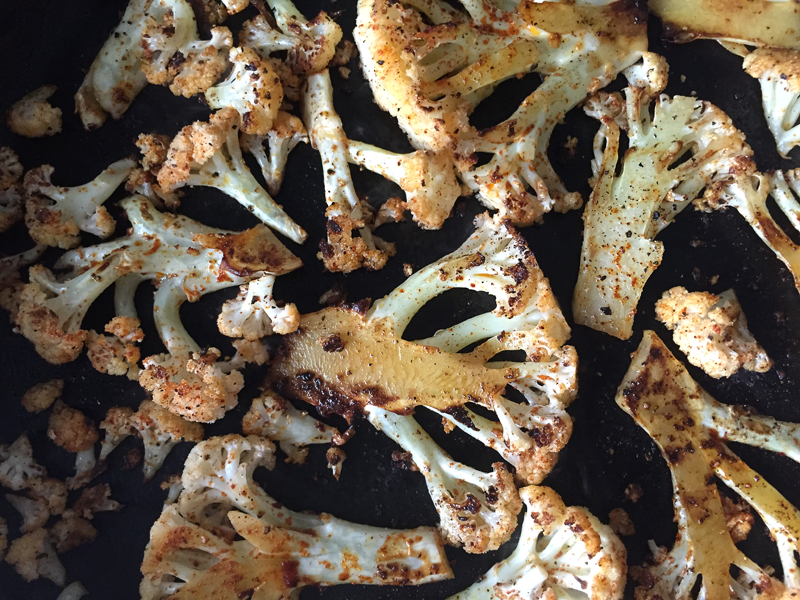 It’s a synch to prepare and it was so good that I almost licked the plate. 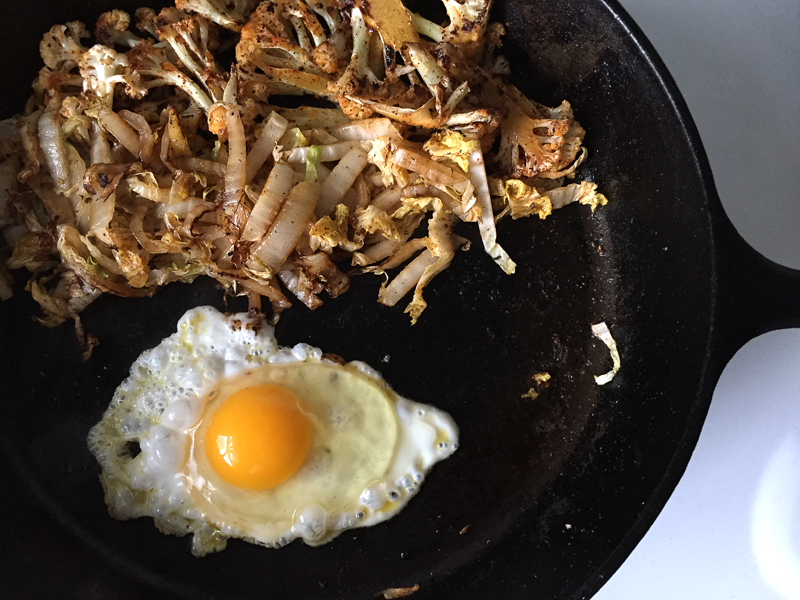 I sautéed some quarter inch thick slices of cauliflower in olive oil. It was generously seasoned with salt, pepper, cayenne, and paprika. Partway through I added some cabbage. Well seasoned, just like the cauliflower. I love a fried egg on almost anything, so I scooched the veggies over and cooked one once the veggies were done. I moved the whole skillet over on the burner so the egg would be over the flame. But, keeping the veggies in there allowed them to stay nice and hot while the egg cooked. 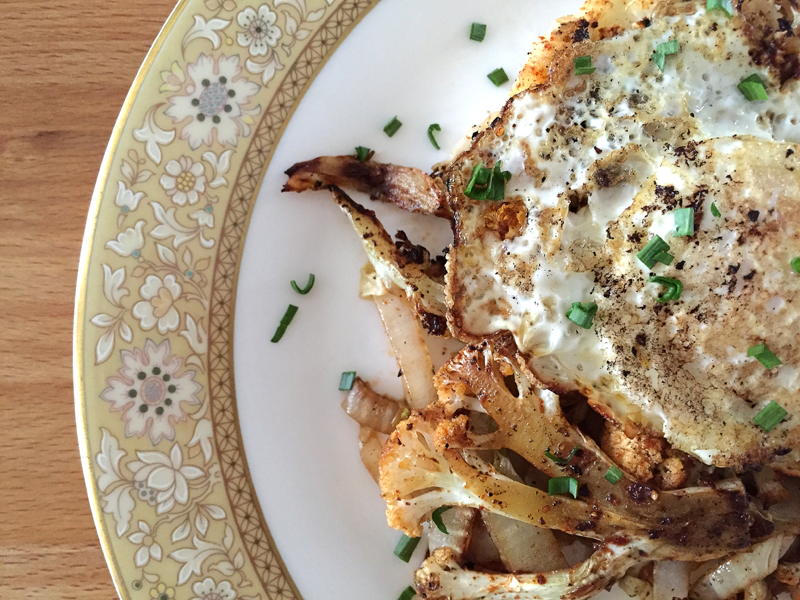 The veggies were topped with a squeeze of lemon, some garlic chives, and finally the fried egg. The veggies were really the star, so if you want to make this a vegan dish, you won’t be missing out. I made it a second time the other day when I had lunch with my friend Billye, who is a vegan, and served it with some crispy chick peas. Crispy sweet potatoes would also be great. Whatever you serve it with, a slice of toasted sourdough slathered with salted butter or olive oil and coarse sea salt is the perfect accompaniment. 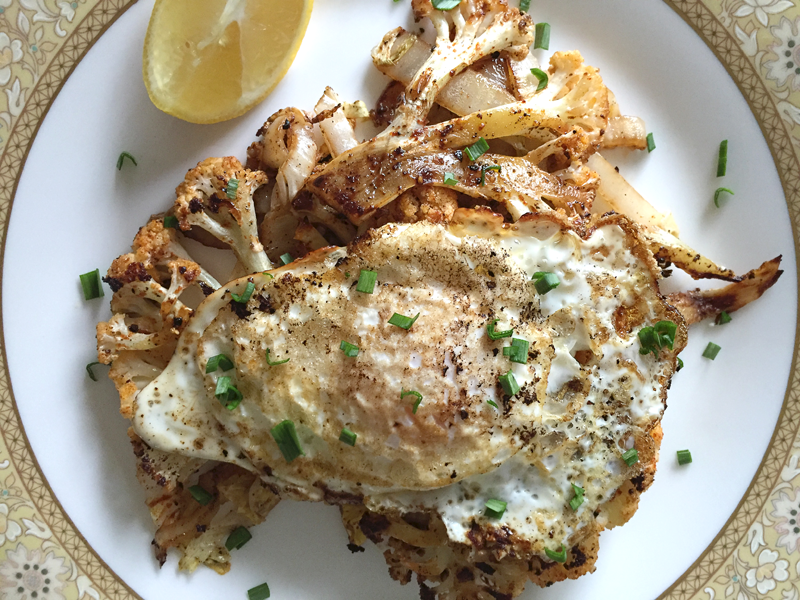 Turnip Hash with Bacon and Gouda 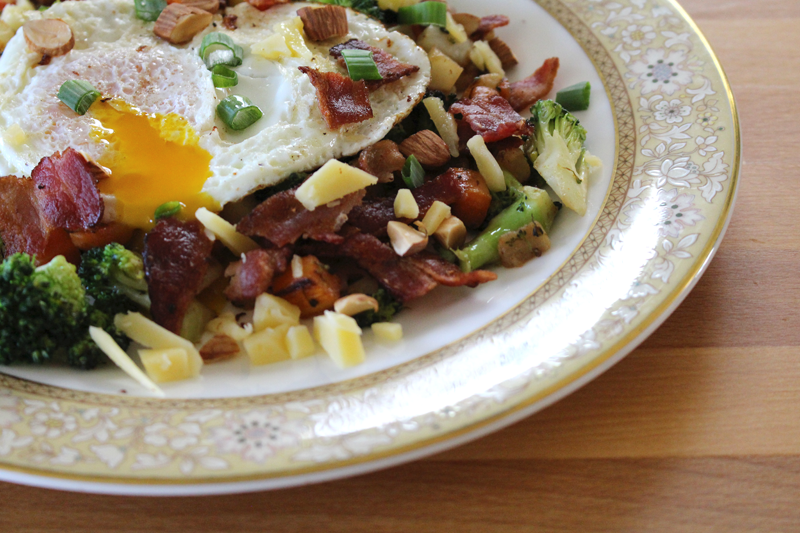 Lunchtime is often spent at my desk. Sometimes it’s what I’ve cooked for a post, maybe it’s leftovers, occasionally it’s an almond butter and honey sandwich with some fruit and a glass of milk. Whatever it is, it’s usually eaten while I do something else, often standing at the kitchen island because I don’t have time to sit down.

I sat down for this one. 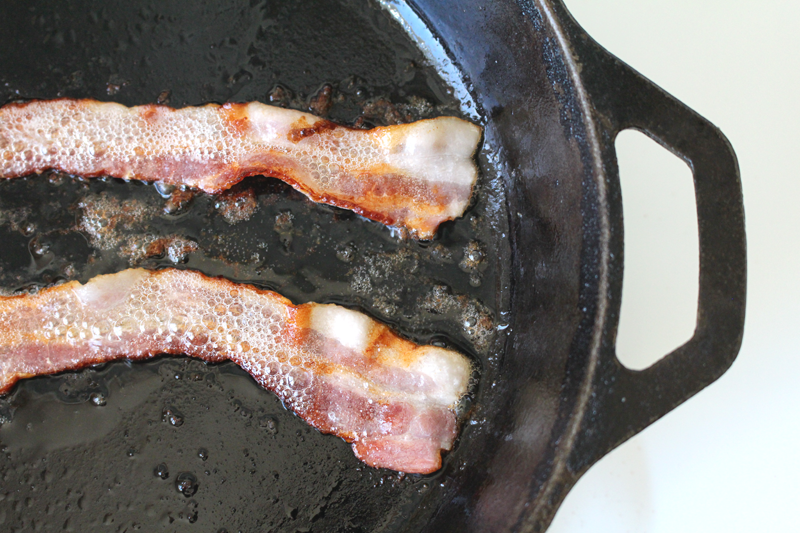 I would argue that almost anything is better with bacon. I could probably give up any other meat. But, bacon, it’s not going anywhere. Paired with crispy on the outside, tender on the inside turnips, and these two things alone could win me over.

They took less than ten minutes. This is a quick one to whip up. 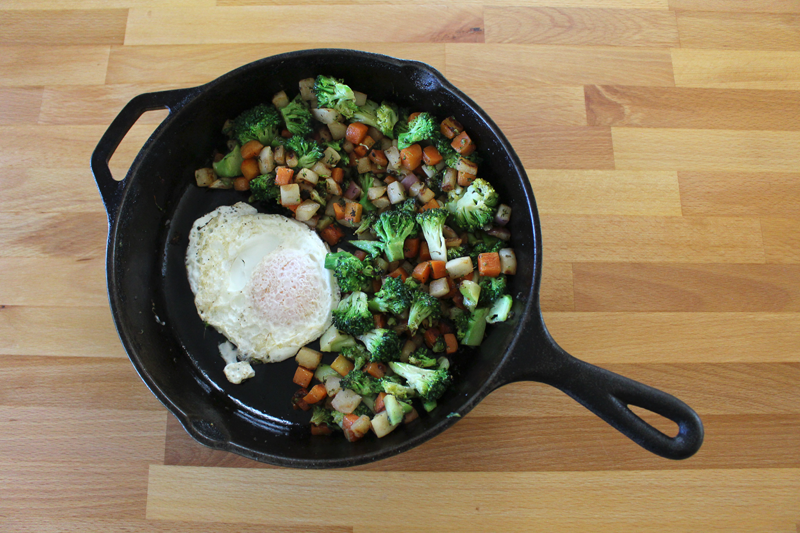 Once the veggies were done, they got moved over to the side so an egg could be fried. I like to get the skillet really hot, so the edges can crisp up a bit. Then I flip, turn off the heat, and let the top set just a bit. I like the yolk to be runny, so it will combine with the veggies to make a dressing of sorts. However you like to cook your eggs will be perfect though. You could even scramble them if you’d like. 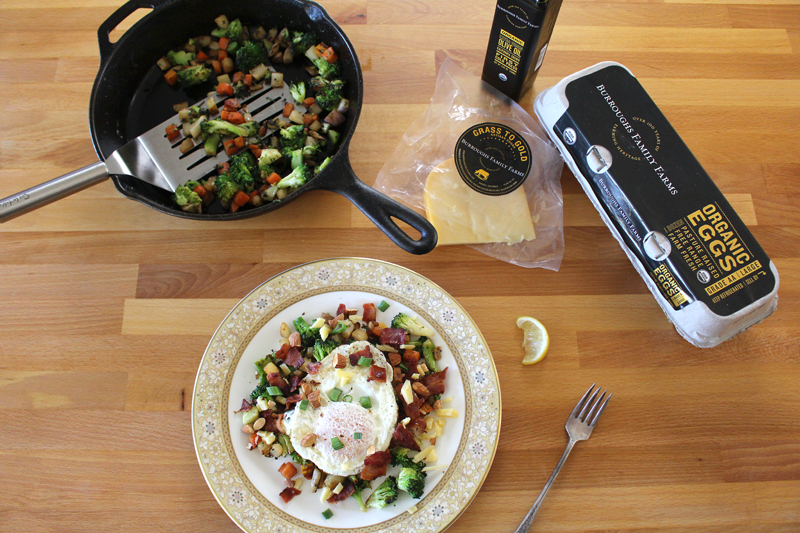 And then, the dish came together with some gouda cheese, chopped spring onions, roasted and salted almonds, and a squeeze of lemon. 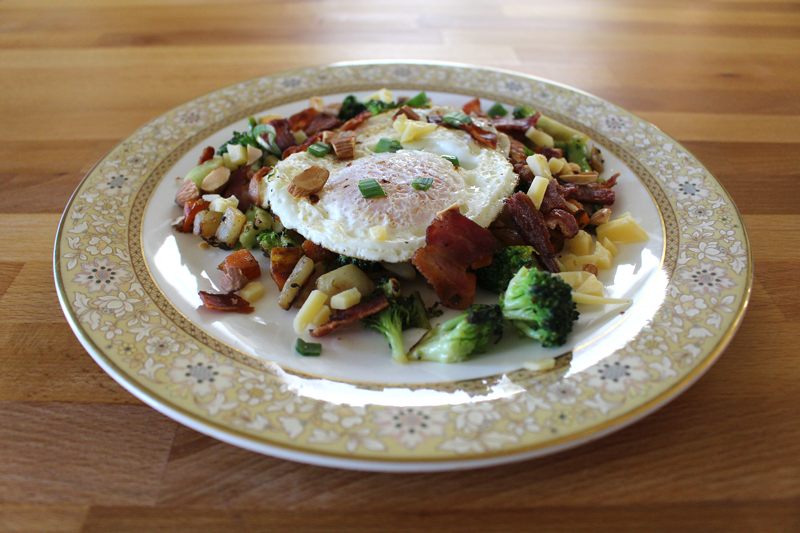 I sat and ate this while making yummy sounds and writing happy notes in my recipe notebook. 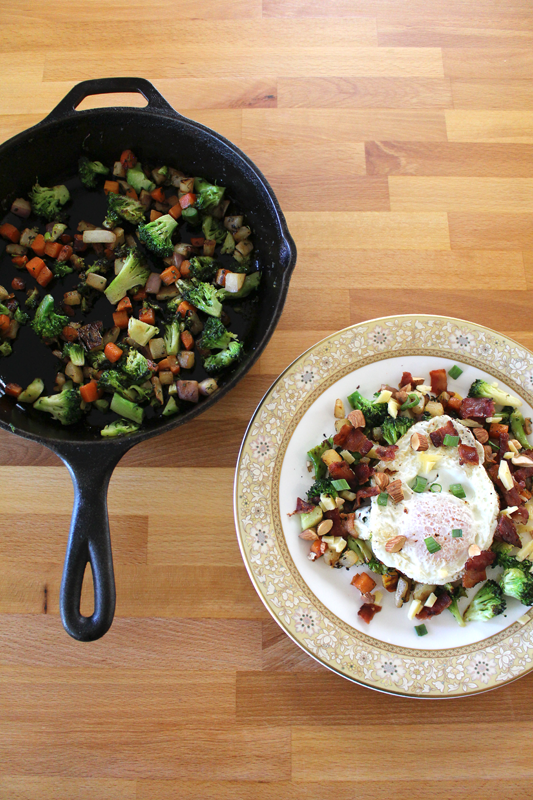 Is it weird that I want to have this again for dinner instead of the homemade pasta with homemade tomato sauce that I’ve got planned. Yeah, I liked it that much.