How To Prep an Eggplant

Written by Rachel, Posted in How To, Menu Planning 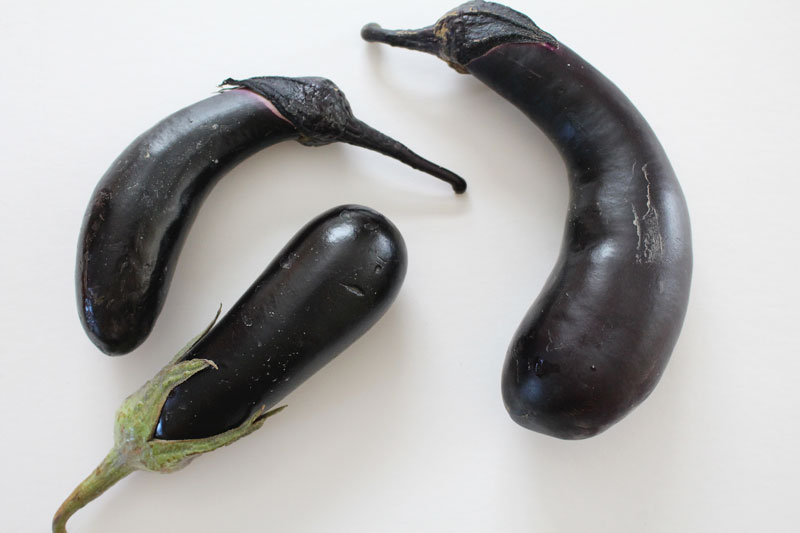 I’m a big fan of eggplant. I might not have thought that I’d be saying that a few years ago. I didn’t know how to cook them, so they’d hinder not help dishes. Well now I’m learning. And I like what I’m coming up with.

They can be a bit intimidating at first, but with some practice, trial and error (we have had a few not so yummy Eggplant Parmesans before I knew the salting secret), and a good recipe to try, success can be yours! 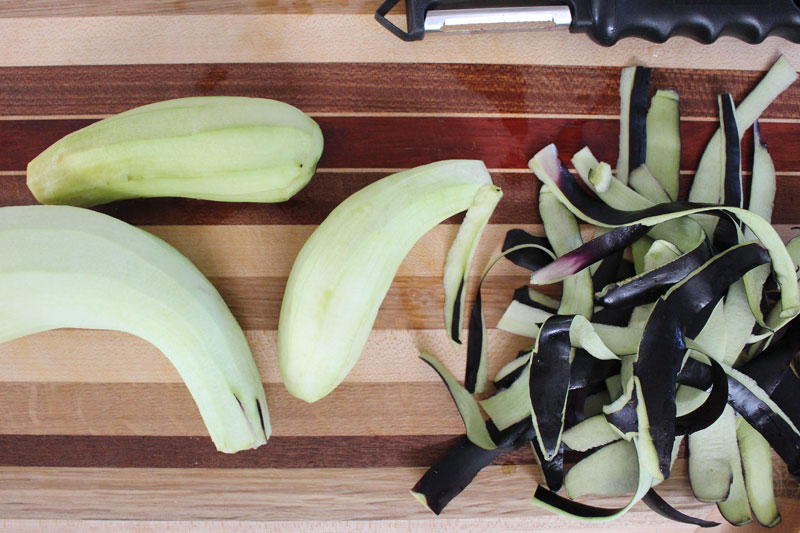 I usually start out an eggplant dish by peeling them. You totally don’t have to. It’s just what I like to do. This is one of the only fruits or veggies where I choose not to eat the peel (aside from things like bananas, butternut squash, and watermelon… but I probably didn’t have to say that…). 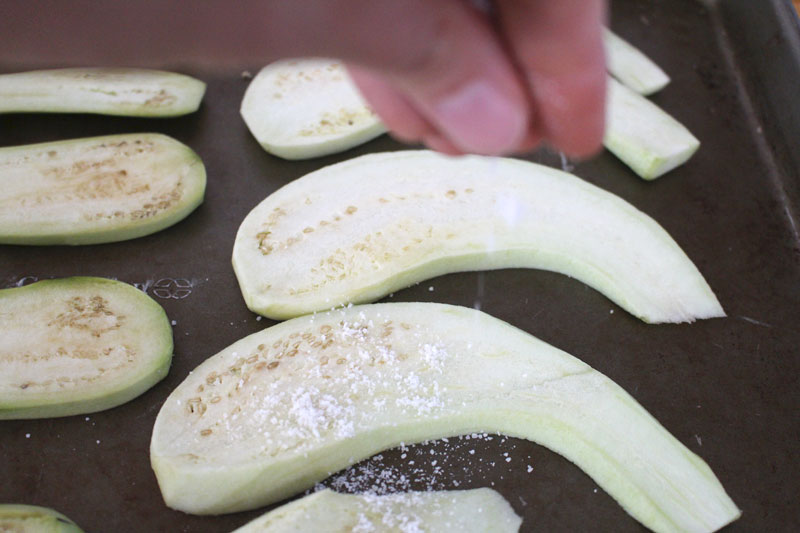 Don’t worry, you aren’t going to be eating all the salt that you see in the photo. Yikes! I like salty foods, but that would be too much for even me. It’s going to get washed off after the eggplant sits for a while – at least 30 minutes, longer if you have time (even overnight, if you’re prepping way ahead of time). The salt will draw some of the moisture out of the eggplant, reducing the bitterness.

This step is the secret to great eggplant dishes, in my opinion. 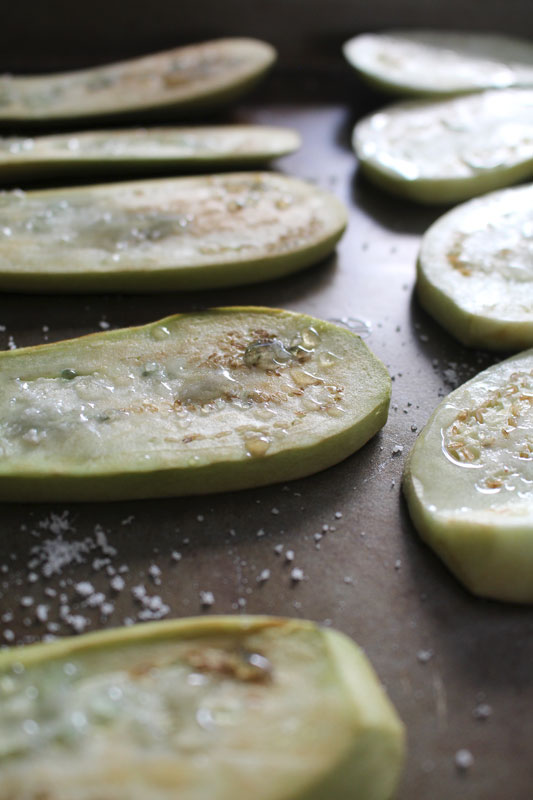 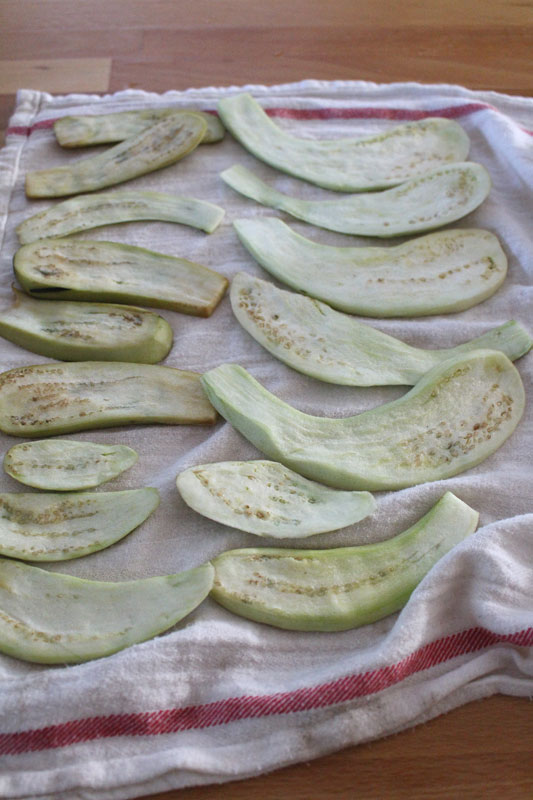 After the allotted time has passed, rinse the eggplant off and pat it dry. Then use it to make something delicious! 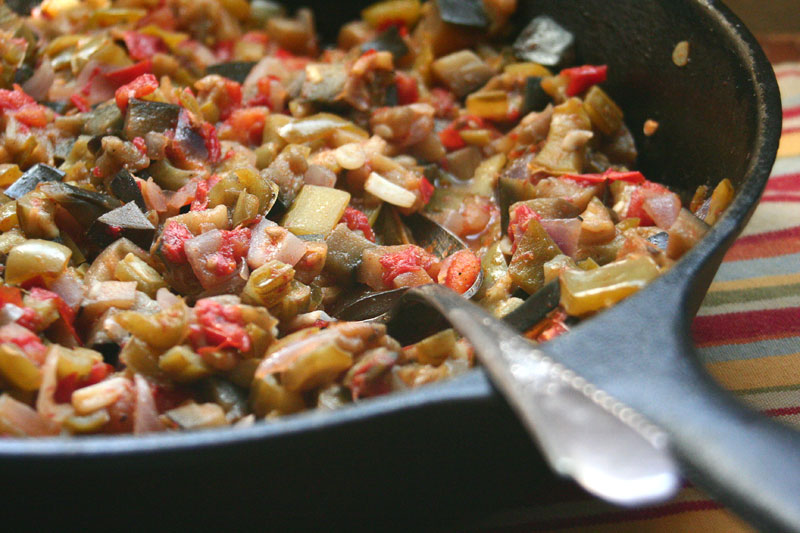 Eggplant is great with bell peppers, summer squash (or sinqua), and tomatoes, which is why Ratatouille is so yummy. A summer or two ago I deconstructed Ratatouille by battering and frying the eggplant and then making it into a tower. It was fabulous.

Either way, I think you win though.

This summer, instead of frying, I tried thinly slicing and then baking the eggplant into chips, to be dipped into a creamy feta dip.

That was a good idea.

Ooh, or if you wanted to try something sweet, how about adding eggplant to bread?! 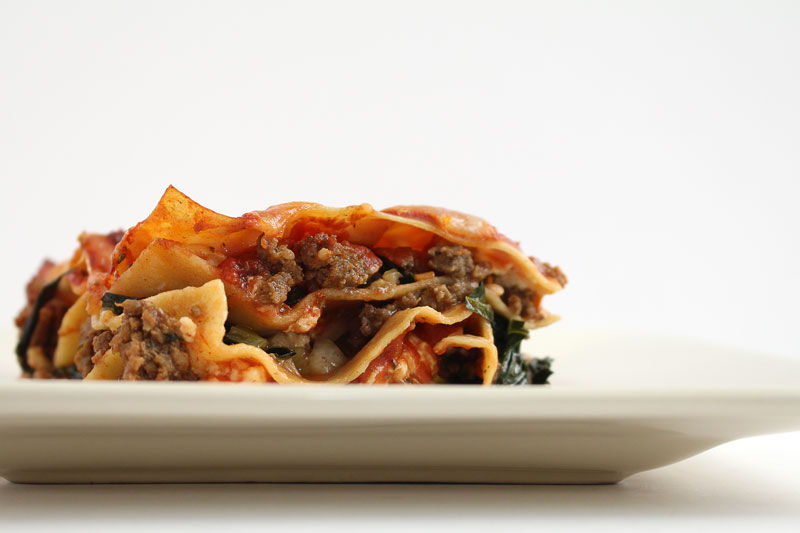 I’ve used eggplant instead of noodles in lasagne (you could also use thinly sliced summer squash). You could add them (thinly sliced and par-cooked) to this lasagne in place of the noodles for a gluten-free dish. Or you could try this yummy sounding lasagna where Carol suggests roasting the eggplant first.

Roasted veggies are always a win for me. 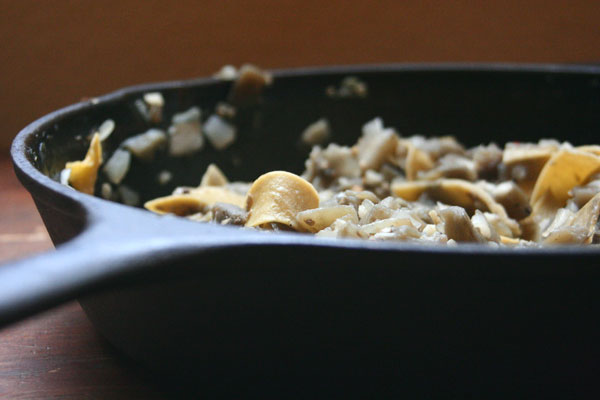 And then, there’s my all-time favorite: Melanzane with Pasta (Eggplant with Pasta). It’s such a simple dish. It’s basically just eggplant, garlic, olive oil, and pasta. It was inspired by an Italian friend who told me that his mom makes something like this. Since we haven’t been able to make it to Italy, I tried to bring a little bit of Italy to our home.