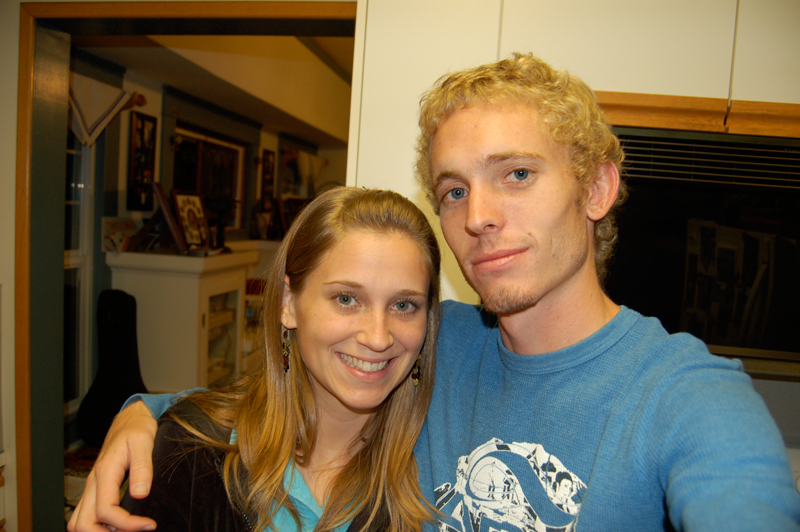 Once upon a time, there was a Canadian girl, and an American boy. They met at a wedding (her cousin, his friend) and shortly thereafter fell in love. A year and a half later, it was a week before their wedding. Family and friends had come from all over the world to celebrate… 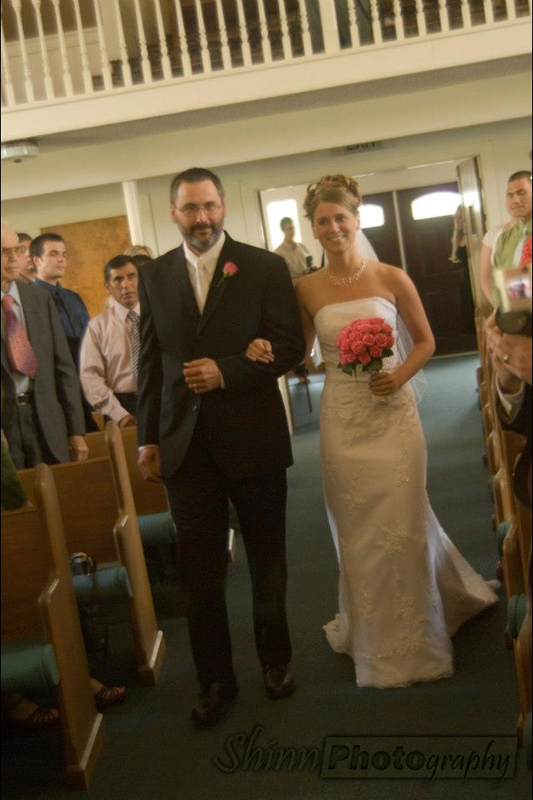 Can you tell by my expression how nervous but mostly excited I am? I couldn’t wait to marry Tim. Also, my dad is the cutest. And, those flowers were so heavy! I didn’t think about that when I asked for such a big bouquet of roses. I still have them. They’re dried and a bunch have fallen off, but it’s still my wedding bouquet. (Photo credit Shinn Photography.) 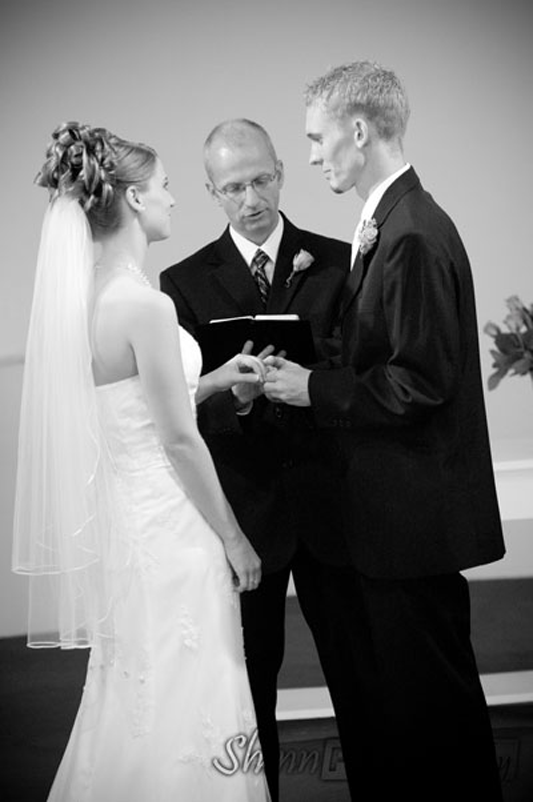 My good friend Kelly flew in from Texas to officiate the ceremony. Before he started speaking, he pulled out his cell phone to take a photo of us. (Photo credit Shinn Photography.) 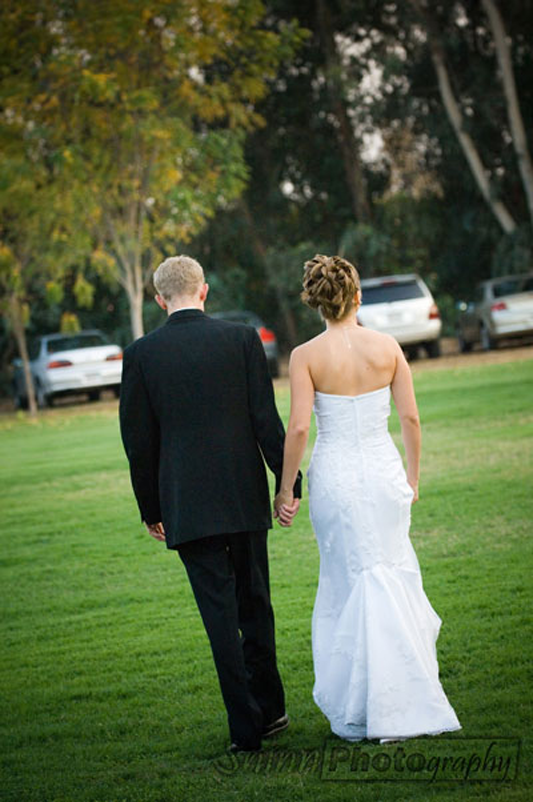 I love this photo. It’s one of my favorites from the day. (Photo credit Shinn Photography.) 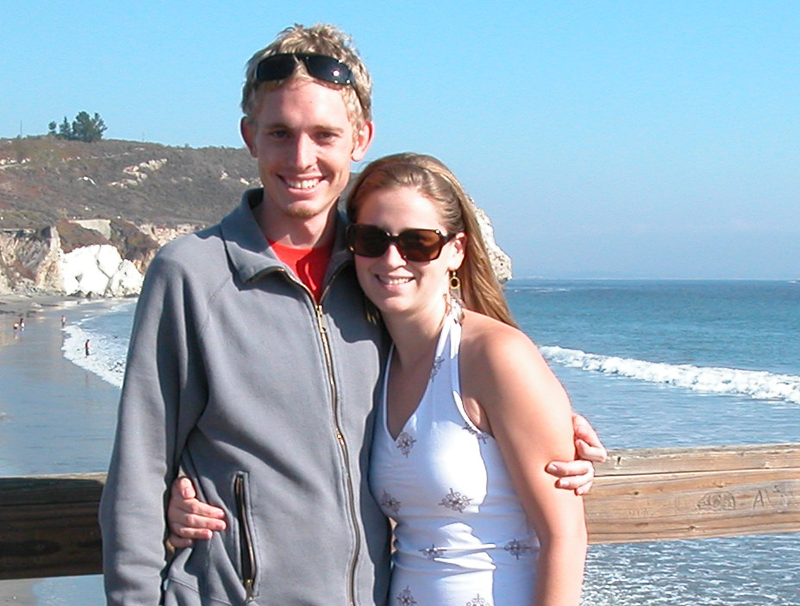 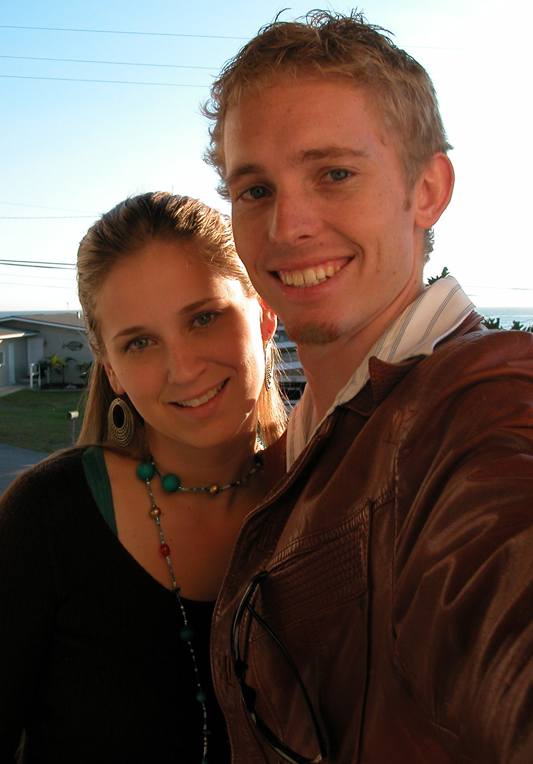 We celebrated our first anniversary back at the central coast (where we’d spent part of our honeymoon). We’re going back again this year. It’s one of my favorite places. 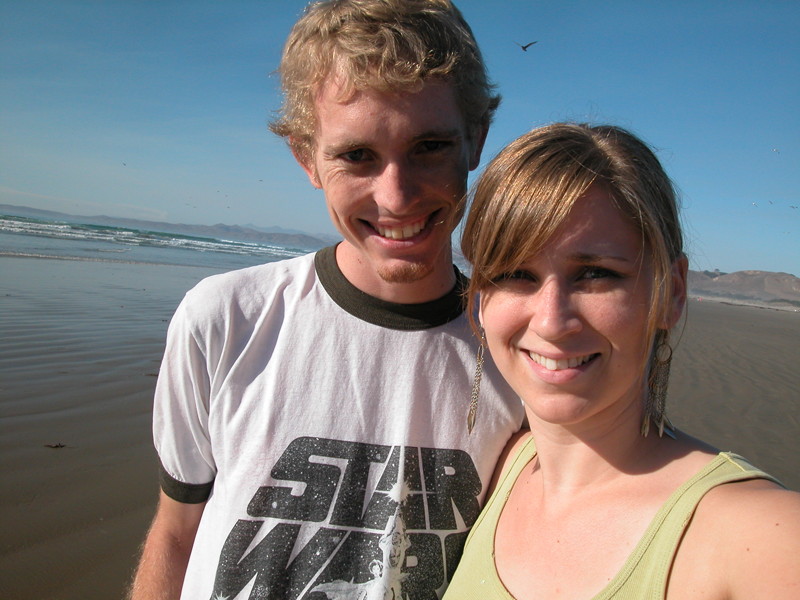 Same thing the second year. We’re not necessarily beach people, but this little town has a special place in our hearts. I grew up coming here with my family, so it’s extra special to get to come back with my husband.

Year three has a photo, but the resolution is so bad that you wouldn’t be able to see our faces. Sad.

Our fourth anniversary was celebrated quietly, with a little country getaway. A week after that, Tim got a new job in L.A., so we couldn’t make it back to the coast. 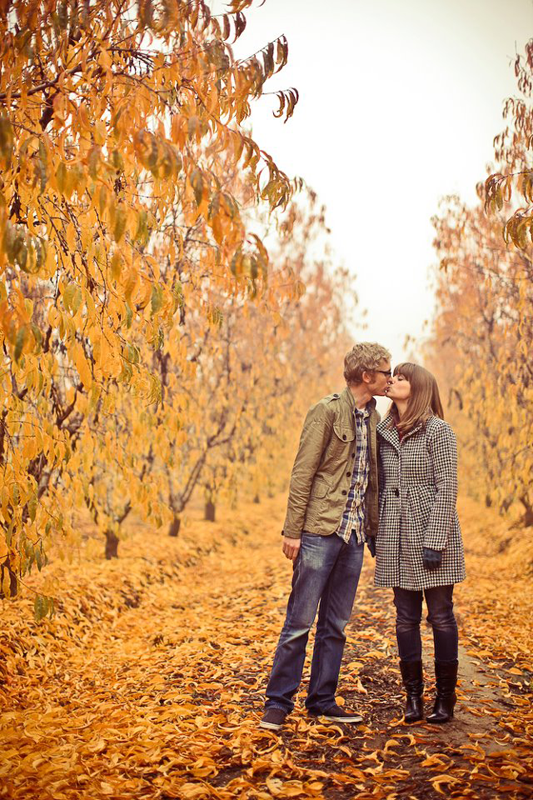 This wasn’t technically on our anniversary, but it’s as close as we’ve got (it was Thanksgiving, so about 5 weeks later). That year was our first full year in L.A. and I cooked us a nice dinner, but didn’t go out anywhere to celebrate. (Photo credit Shannon Oberg.) 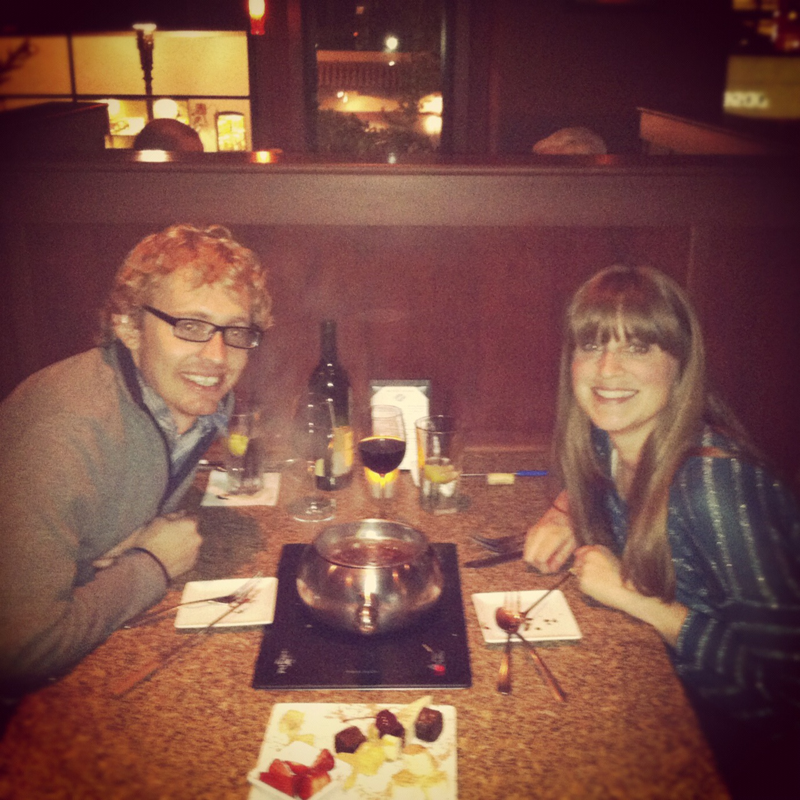 For our sixth, we went to The Melting Pot. Oh boy was that yummy. And, we didn’t have to cook or do the dishes! 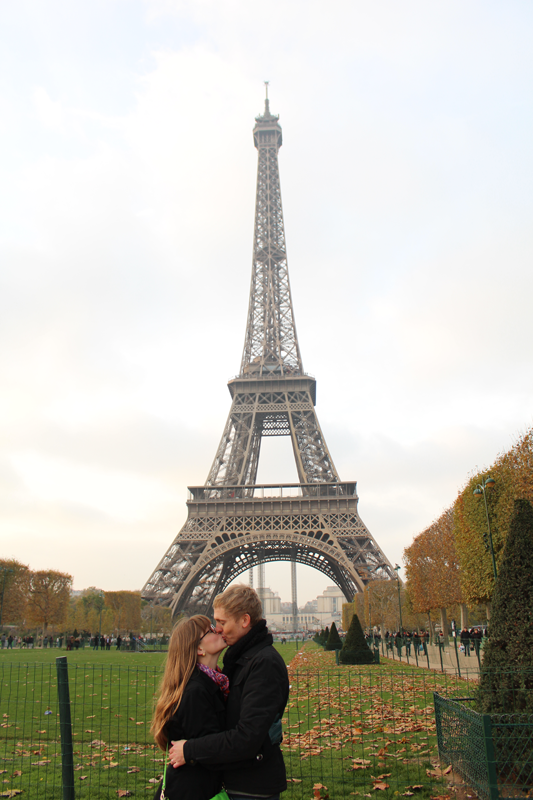 And then, my favorite of all the anniversaries… Paris. Last year. The best trip ever. I wish I could transport us back there again, to our little flat, with fresh baguettes and pain au chocolate every day… I’ve been thinking about Paris a lot lately. I’m missing it more than I miss most things.

I can’t believe it’s been almost a year. 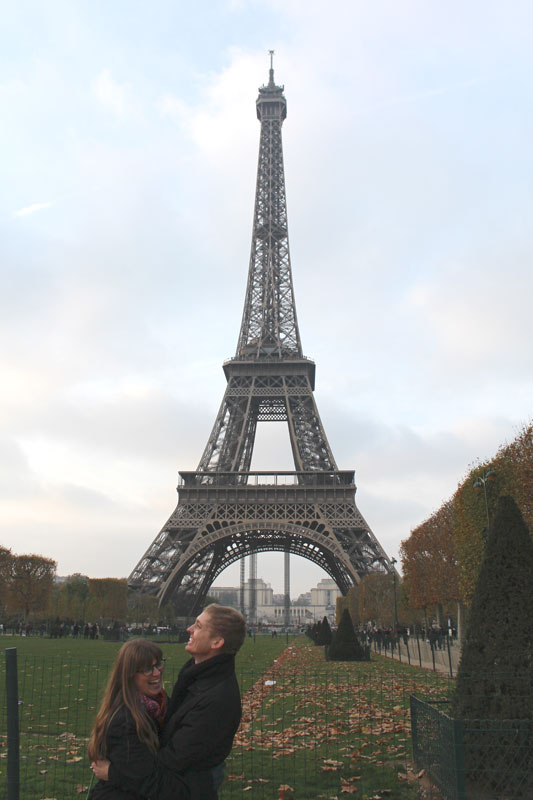 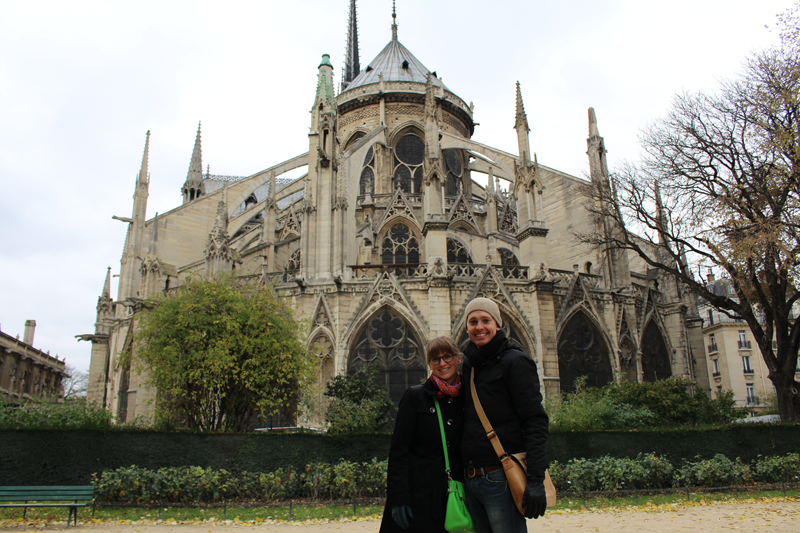 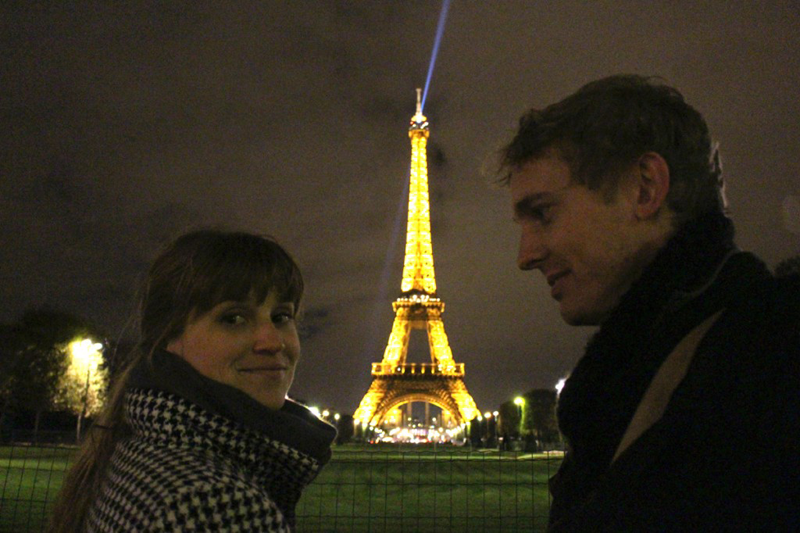 This picture brings tears to my eyes just about every time I see it. I love the way he’s looking at me. It makes me feel so loved. 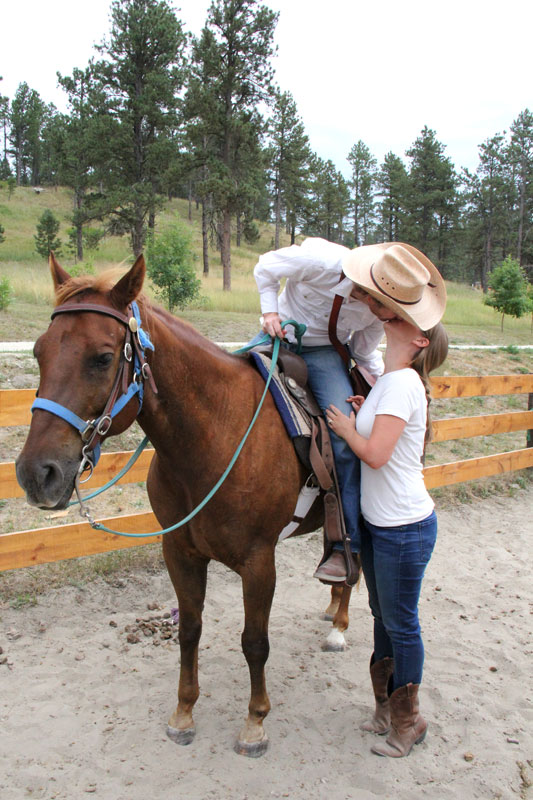 This was taken over the summer at our family reunion. But, it’s close enough.

Eight years. They’ve gone by in the blink of an eye… yet it feels like a lot has happened. It’s been wonderful, amazing, difficult, a lot of work, the best thing ever. You don’t have to be married to be blessed. You don’t have to be wealthy or wise or beautiful. But, since I am married, I feel that I’ve been richly blessed to be married to Tim. And there’s seriously no one person that I like better, no human that I’d rather be around, nobody that I’d rather spend my days with than him.

This is an affiliate link which means that I get a small commission for any sales generated from referrals.

I’m trying to remember all the things I’ve lea

We’re spending more time in the garden and eatin

The only reason hot weather is kinda ok is the pla

Any girlfriends planning to attend the two day vir