on the road Archive

So, This Year Has Been Tough

A few weeks ago we watched the Cubs win the World Series. One thing that stuck in my mind was at the end of game two they showed some of the guys from the Cubs front office and I couldn’t help but be amazed that they looked to be about my age. I look at the writing staff on some of our favorite shows. They’re my age too. Many of the speakers at this year’s Yellow Conference were my age or younger.

Is this a mid(ish) life crisis?

A successful career doesn’t define who I am. For that matter, neither does whether or not I’m ever a mom.

One thing that Tim and I have figured out over the years is that we want more than a high paying job. We want life… we want to be together, we want to take a vacation without getting the stink eye from the employer, we want to breathe. Life’s not supposed to be just about work. Is it?

Can watching Fixer Upper be a career?

We’re dreaming of a farmhouse on a bazillion acres with a cow and chickens and a horse named Cowboy. Tim’s dreaming of writing a book. I want to preserve food from my huge garden and learn to make cheese. But that’s all we know.

I have a new addiction to the Land and Farm website.

We know that our identity isn’t in what we do. We don’t want to be slaves to a paycheck or what our culture says we should value. So we’re gonna keep searching, trying to figure out what this looks like for us. 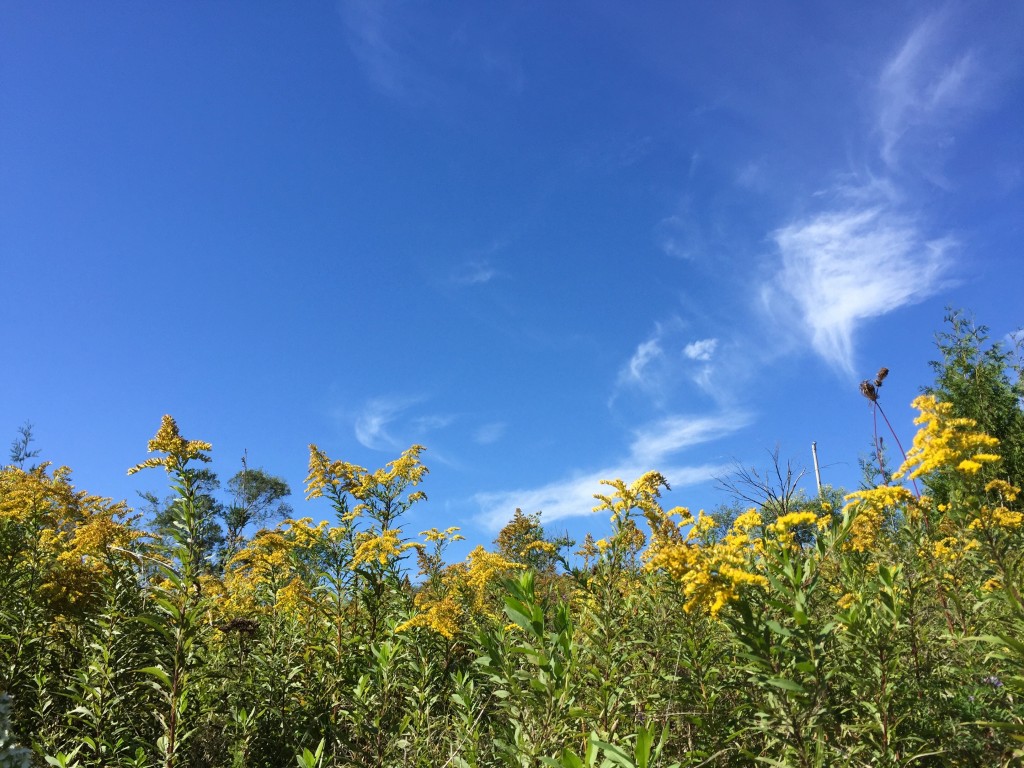 We’re three and a half weeks in. We’ve seen, hung out with, or stayed with 81 people. Some just for a few minutes, others for weeks. I got 100% introvert on the Myers Briggs personality quiz. I love to spend time with people. But, it drains me. It’s taken a week and a half to recover from the first two weeks. 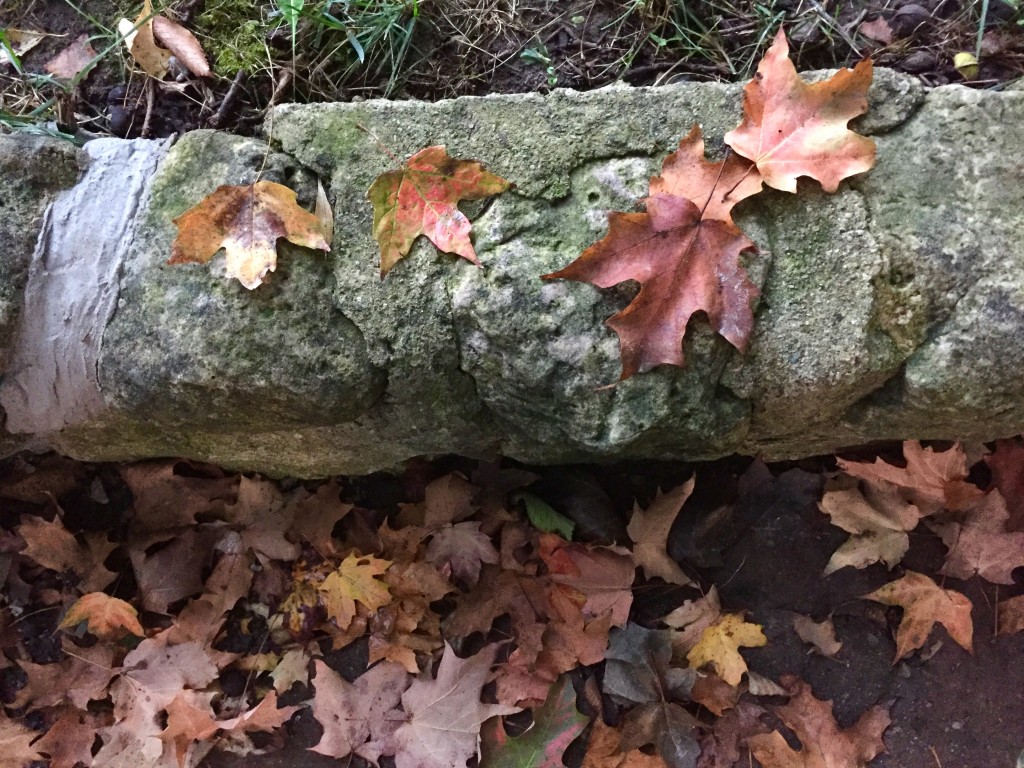 I’m also a homebody. Our life is small, but special. I cherish close friendships and our values are family and community centered. I love routine, order, and organization. Living out of a suitcase, waking up in not my bed, and being around people 24/7 is out of my comfort zone. But, in spite of all this, I’m loving our adventure. In fact, I might like adventure in general a bit more than I thought I did. 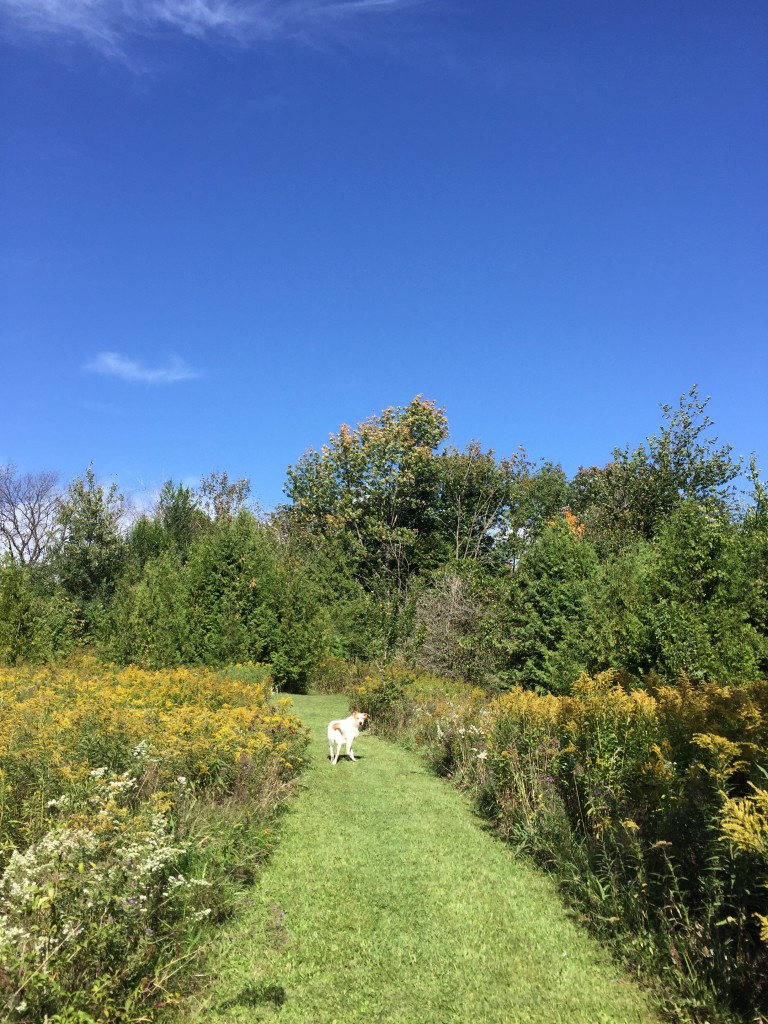 When Tim quit his job last year, it really rocked my world. I hated the idea of being without a good, steady income. I didn’t think life could be done well without it. That may have just been the tip of the iceberg, so to speak. Because here we are a year and a half later and we’re back to full time freelance (a.k.a. unemployed). And I’m not freaking out. We’re staying with strangers and people we haven’t seen in years (and family, of course). It hasn’t phased me. We don’t know what’s next… And I kinda life it. My world has been turned a bit upside down. Things feel fresh and new.

As I write that, I’m looking at my backpack from grade 7 or 8. It has silly faces, flowers, and peace signs all over it in puffy paint (and thankfully no declarations of love!). I’m at my parents’ house, in the province I grew up in, surrounded by things of my childhood. It’s interesting how the new can mix so well with the old. 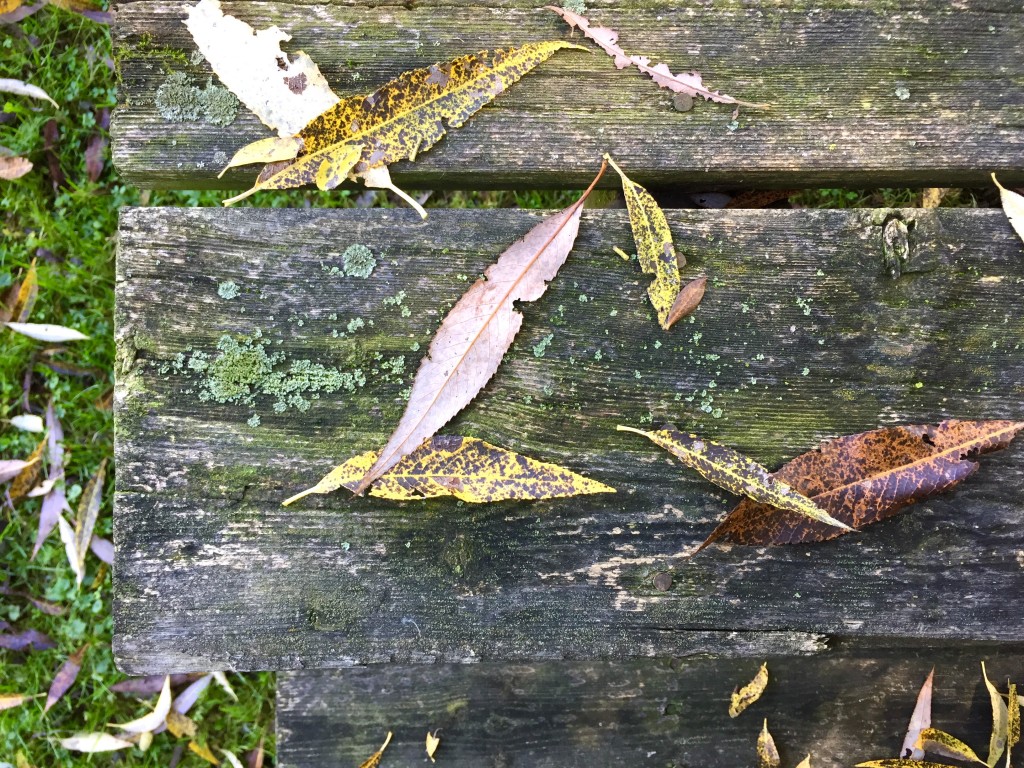 Part of the purpose of this trip is to figure out the where. Where do we want to be… Or at least begin to get some ideas. As we’ve traveled through or talked about places we’ve lived I’ve realized that I hesitate more when we’re talking about a place from the past (not like time travel, sorry Babe). It struck me the other day that this stems from feeling like I’d be moving backwards rather than forward if we went back to one of those places. I can’t put my finger on why. The desire for new adventure perhaps? Or maybe it’s just the painful memories that lurk. Sometimes the moments of pain seem to overshadow the years of good.

There are a couple places in particular that do that to me. In spite of many great experiences, there’s was lot of pain left behind. Driving through one place in particular I noticed that a lot of it came back to me. Not raw or even painful anymore. Just things that happened once that weren’t all that nice. And it holds me back. But, couldn’t new memories be made to overwrite the painful ones? 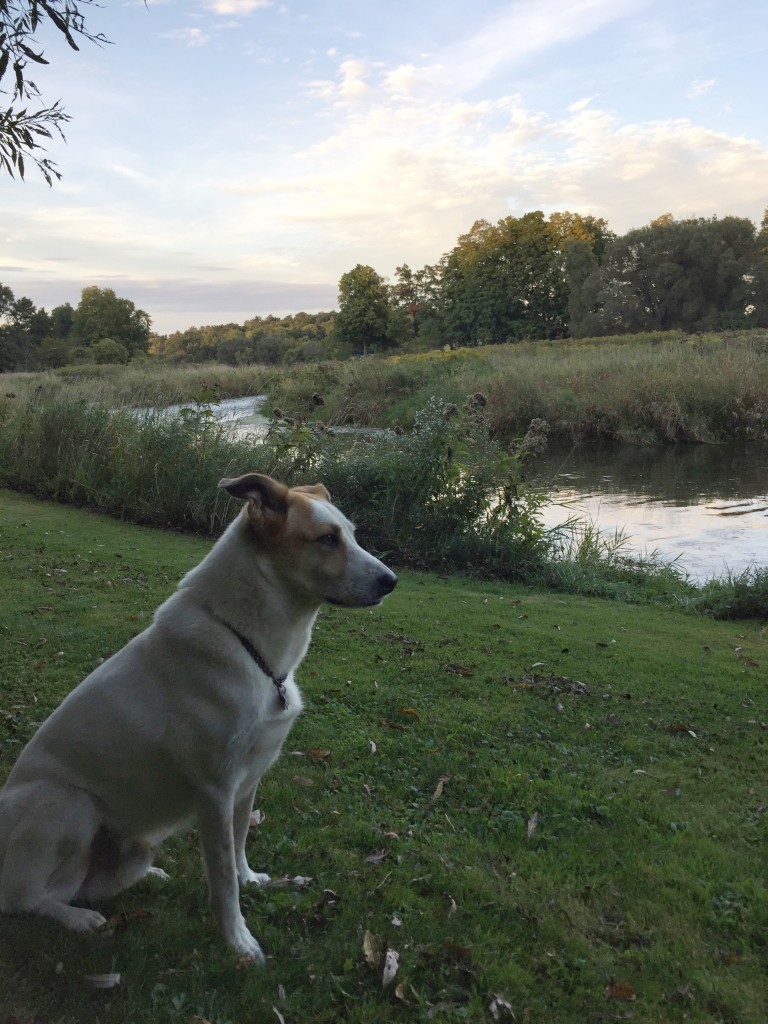 There’s definitely a place for the past as we learn, grow, and change. But, as we become who we are, there are some places that are best left behind, their work done, their doors best left closed… at least for now.

Oberg and the Search for Obergness 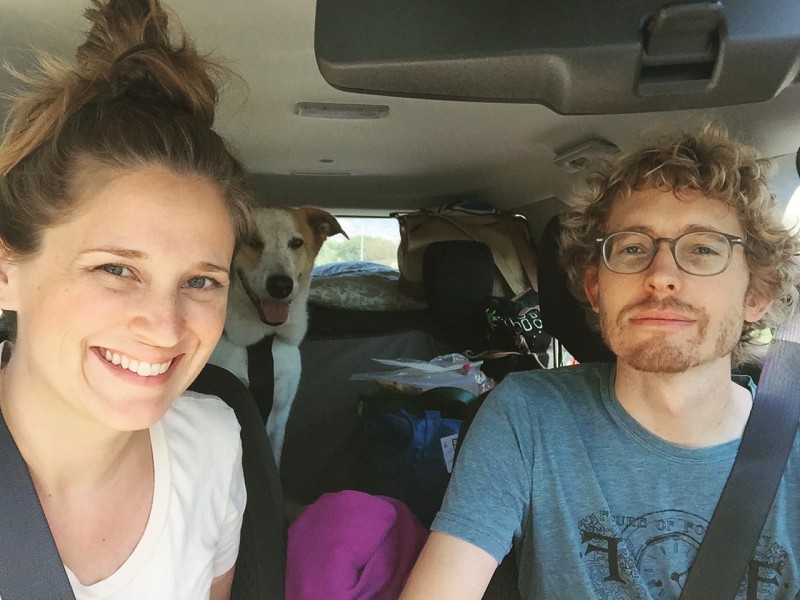 We packed the dog, some food, and a few other essentials into the car and headed out. Tim and I have never done a trip like this together. Our longest trip was three weeks in Paris. Now we’re two weeks and five days into an eight week trip.

It was not quite the departure I’d hoped for. We left later in the day than we’d planned. I forgot to look at our little house one last time as we were driving away. I was too busy Instagramming the departure instead. Dumb. We spent an hour and a half trying to get out of LA. The dog couldn’t get comfortable and sat awkwardly for the first two hours. At that point, about three hours in, I wondered if the trip was a really bad idea. But then the dog finally laid down, we got out of LA, and I was able to relax a bit. Tim reminded me that he’s thankful that our car is in pretty good shape, that we and the dog are healthy-ish, and that we have this time, he, dog, and I together. 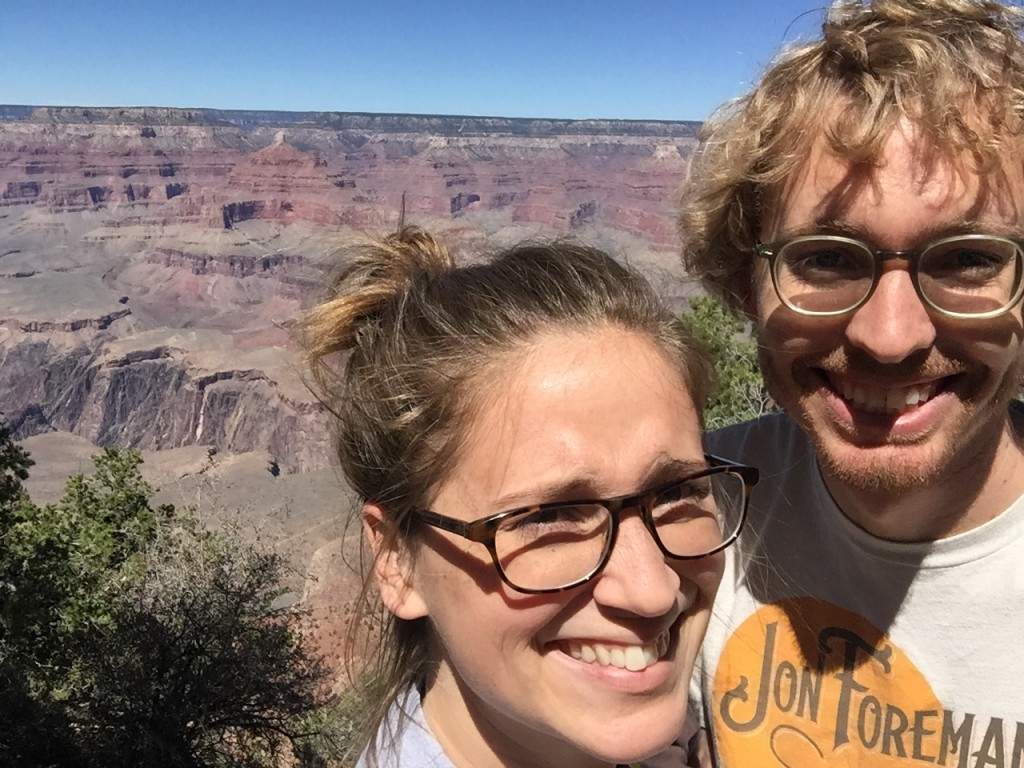 We traveled to the Grand Canyon first. I’d never been. It’s one of the few things in life that is said to not disappoint. Truth. It’s pretty amazing. And was a good reminder to me that it’s not just about the destination, but the journey we take to get there. I’ve always been a “let’s just get there” person. Not the best attitude to have. There’s a lot to see along the way. We’re gonna try to be more intentional about enjoying it. 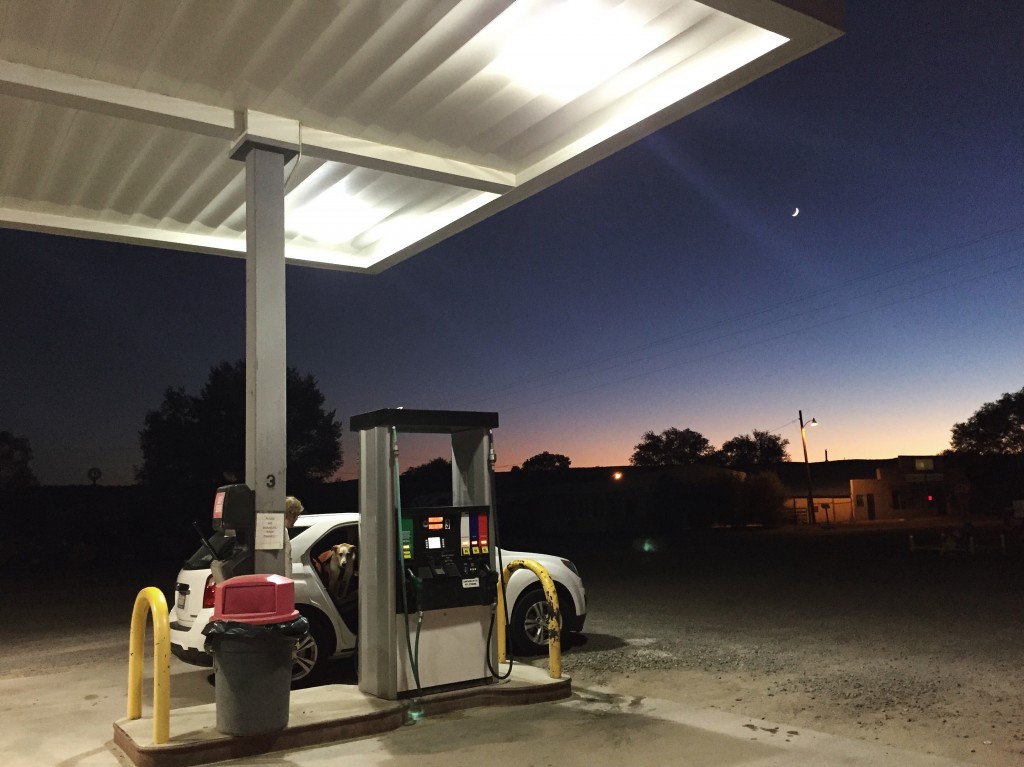 Youguys, we’re really learning a lot on this trip. As we travel through and spend time with people we’re figuring out or just remembering some of the things we want to make priorities. Our core values. What’s important in a living situation. We’re remembering to laugh a little more. To be ok when lunch is eaten in the car because we have a twelve and a half hour drive ahead of us, and it’s torn chunks of sourdough bread with sweaty cheese and warm carrots. We’re appreciating the space we’re finding ourselves in. There’s so much vast, empty space in the US and Canada. After six years in LA it’s refreshing. Part of the purpose of this journey is to do a bit of soul-searching. We want to be intentional about where we live and what we do. If that’s LA, fine. But we want to decide to be there. With all that has changed for us over the past two years, we thought it would be a good idea to take a step back while we make some decisions. They may take us elsewhere. They may lead us back to where we started. We don’t know yet.

We’re taking submissions, petitions, and bribes for where we should live and why. So far our trip has included a stay in Dewey and a stop at the Grand Canyon in Arizona (YOUGUYS they have no rails – I was nervous the entire time!). We drove through New Mexico and stayed for night in Ruidoso. We spent a few days in Texas in Lubbock, Comfort, and Bulverde. Friends in Abbeville, LA hosted us for the night, and we drove through New Orleans on our way to Georgia. We stopped in Atlanta, GA for not even 12 hours, but left feeling refreshed none-the-less. We drove straight from Atlanta to West Philadelphia (and I had the song from Fresh Prince in my head for two full days). That was our longest driving day to date. Then we made it to Massachusetts where we stopped for a few days and spent time in Cambridge, Boston (Red Sox!!), and Middleton. Now we’ve crossed the border and are in Ontario (Canada) for a bit. 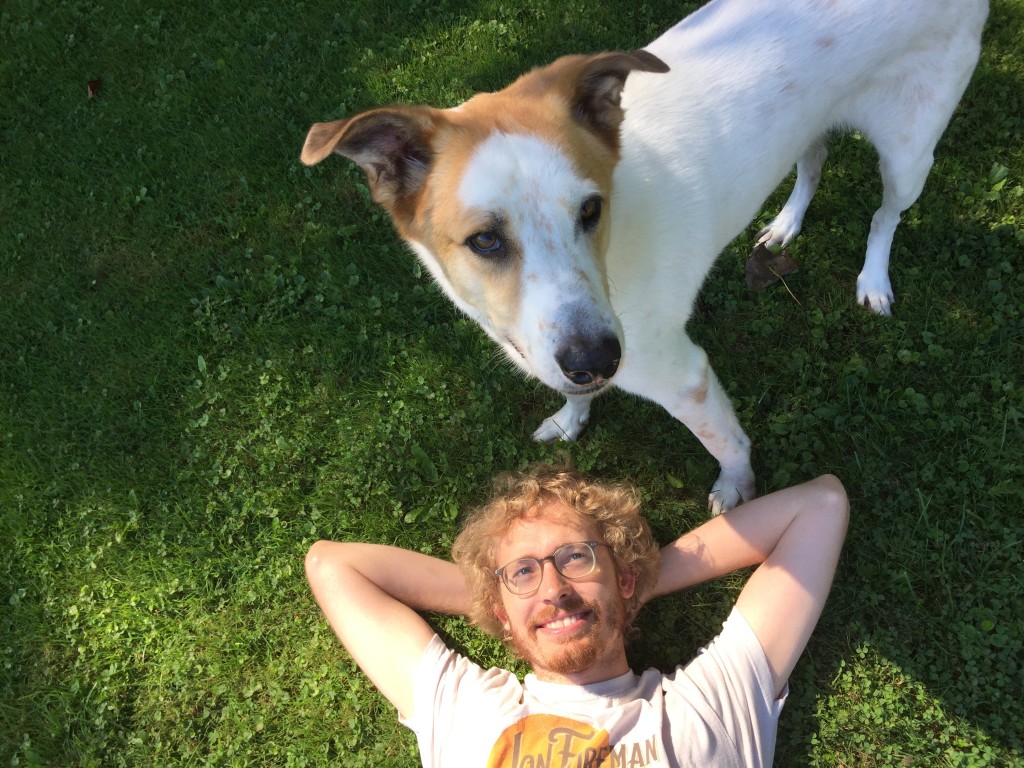 We’ve stayed with the kindest, most generous people. We have been gone for nineteen days and have yet to camp or stay in a hotel. We have hardly had to dig into the food that we brought (with the exception of the eight bags of potato chips that I bought while starving at the grocery store prior to the trip). We’ve usually snacked in the car for lunch and dinner after having been fed delicious breakfasts before we take off in the morning. We’ve been pretty spoiled. And it’s not just the food. The company has been tremendous. We’ve reconnected with family and friends that we see much too infrequently. Every place we stop is so much more difficult to leave than I would have anticipated. If we’d just had these two and a half weeks, the trip would have been more than adequate. It would have been amazing. 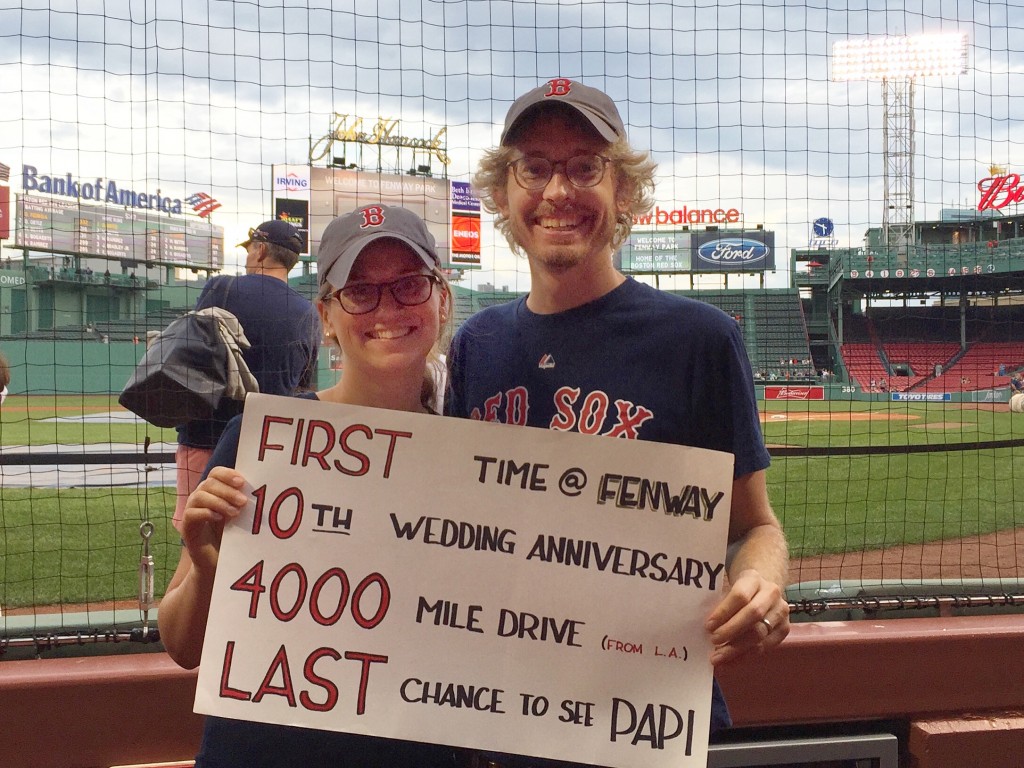 It feels so very natural to be doing this. Before we left it seemed like an impossible idea. We had to find someone willing to sublet our house. Not an easy task. One that almost kept the trip a dream. We’ve been wanting to go to Fenway Park to see the Red Sox play for nine years. That finally became a reality. As we walked around the corner from the “T” and saw Fenway for the first time I had the same feeling of awe and excitement that I did when we were in Paris and I saw the Eiffel Tower. We’re a baseball loving family, so this was the perfect place to begin to celebrate our tenth wedding anniversary.

This trip is so many things to us. Celebration of ten years, quest for direction, and enjoying time together. And it’s been lovely. Just lovely. 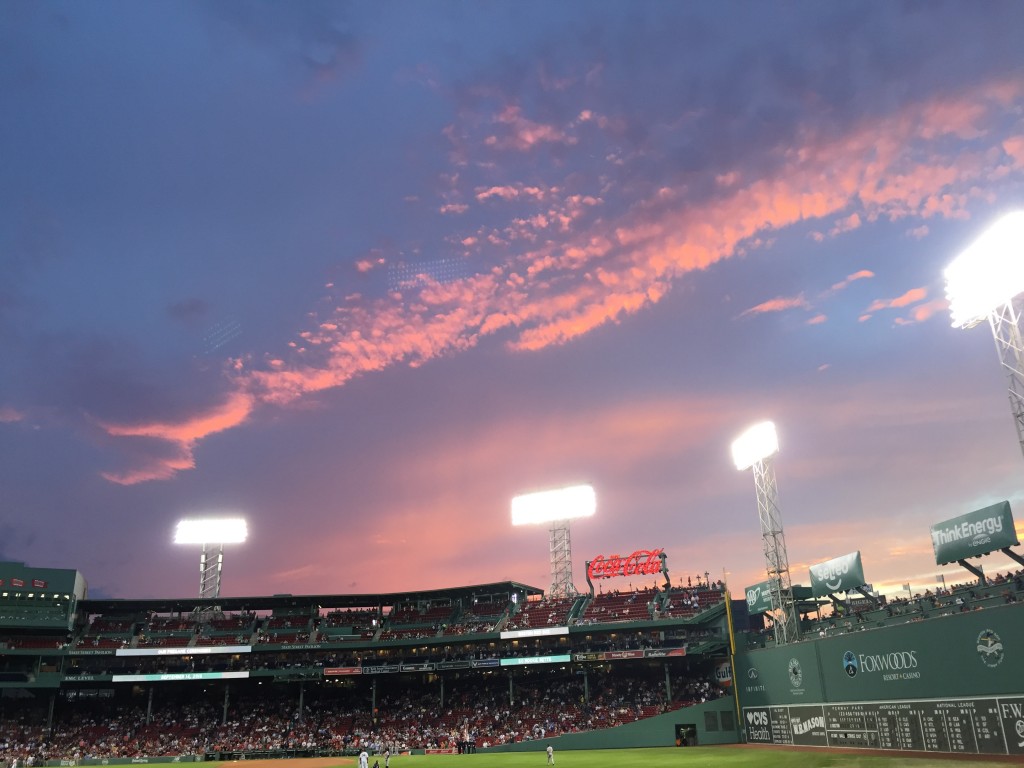 I’ll be back again with more stories from our eight week adventure.