Written by Rachel, Posted in How To 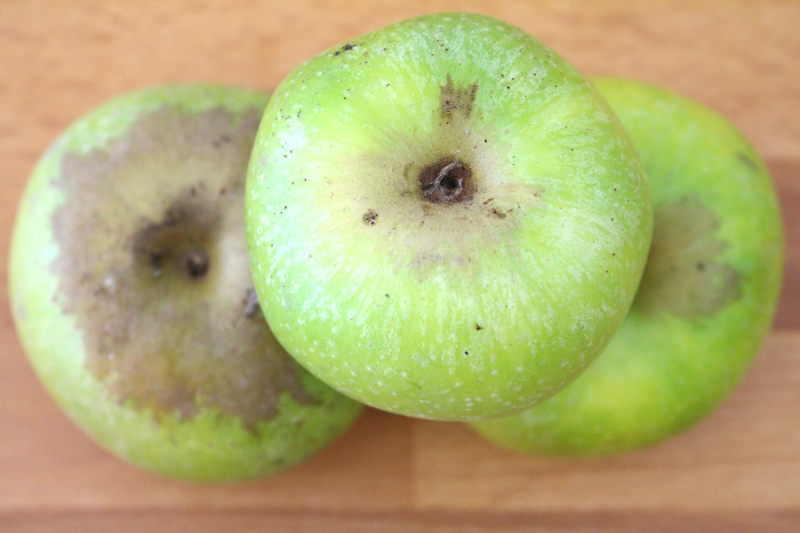 There are so many awesome fruits to choose from and love. And really, you can’t go wrong with fruit. But, there’s something about the humble apple that I just love. Maybe because the taste signifies fall and reminds me of home (especially a Macintosh). Yum, healthy, comforting. They mean that cold weather is a comin’ (cough, it’s 84 degrees as I type this, cough, frown). They’re the perfect afternoon pick-me-up. If I’m starving while I cook dinner, an apple won’t spoil my appetite, but it will tide me over. I like ’em a little bit cold, sweet but not too, and the crunchier the better. And, if possible, picked right off the tree. (Someday, I want to have an apple tree.)

But, apples aren’t just great for eating out of hand. They’re amazing when they’re cooked too. Even though I eat them raw most of the time, let’s talk about how to prepare them. 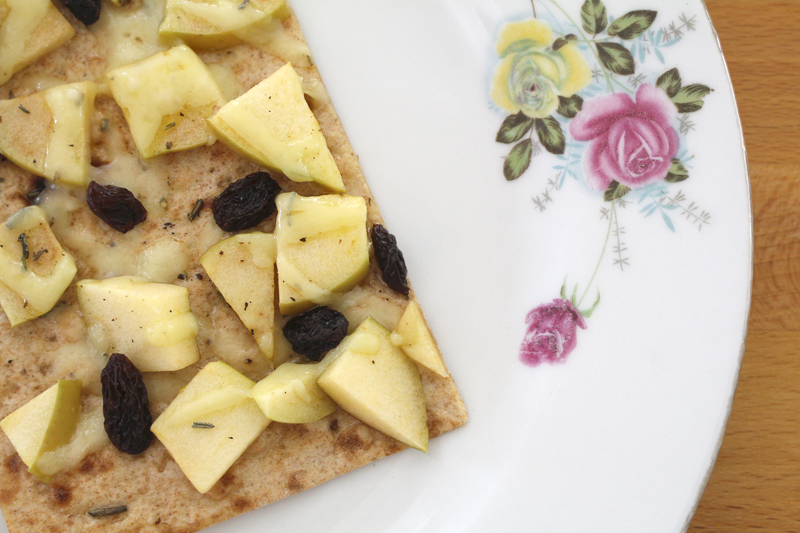 One of my all-time favorite snacks is apples and cheese. Sometimes I’ll add some nuts and crackers and call it a meal. So it makes sense to use apples and cheese to top bread, like I did for this Apple Rosemary Flatbread. It’s super simple to prepare, and a great way to incorporate fruit into a meal in a non-traditional way.

An easy weeknight dessert is Baked Apples with Raisins and Cinnamon. Use a paring knife to carefully cut out the core. Place apples on a baking sheet and stuff where the core was with raisins, brown sugar, and cinnamon. Bake at 350F until they’re hot and as tender as you’d like.

Apples go well with pork, so you could cook some down on the stove top, or slice them and roast them alongside a pork roast (along with some onions and carrots). If you have time, you might make them into apple sauce and serve it, slightly warm, on top or on the side. I also love to have apples and bacon together, like on a BBQ Apple Bacon Pizza. 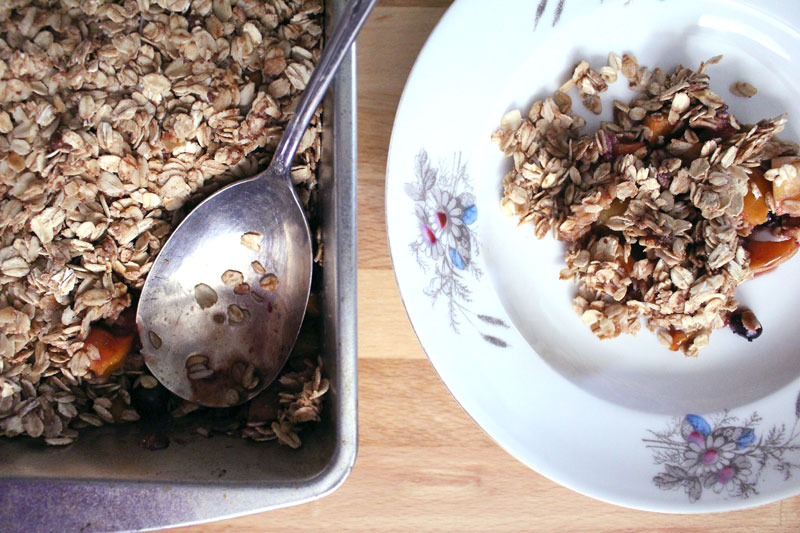 Apples, depending on their type, can hold their shape when cooked, so they lend well to desserts where you want some texture. Take a fruit crisp for example. While it’d be great with apple sauce at the bottom, that’s not really the point of the dish (you may as well just have apple sauce and granola). You want some good, soft chunks of fruit underneath that sweet oaty topping. 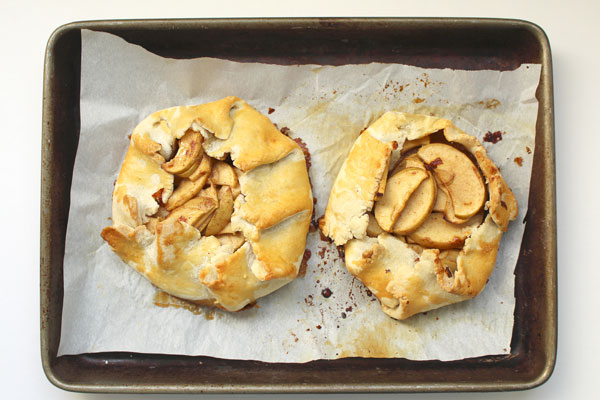 Or in the case of an apple galette or apple pie, you want the apple to hold its shape. Just enough so you have to cut through, but not so much that you need to use a knife for anything other than serving.

There’s not a whole lot that smells better than bread baking in the oven. Except if there’s cinnamon and apples in the bread. That’d be enough to put me into a comfort coma (what?!) for days. Or, you know, just feel nice and happy and like I’ve just been to visit family. My mom makes the. best. cinnamon buns. They’re best the day of, still a bit warm from the oven. I’d like to suggest that apples might make for a nice addition to these already awesome buns.

I’ve recently started baking a lot more. Some of it is out of necessity – food is expensive. It’s cheaper if I make bread rather than buy it (plus it tastes way better). So, sandwich bread is now homemade. Baguettes, well, they’ve been homemade ever since we visited Paris. And biscuits, they’re almost too easy to make at home (which makes it easier to add apples and cheese). I’ve been baking a recipe from Aimée from Simple Bites’ cookbook Brown Eggs & Jam Jars every other week or so for a while now. Sometimes when I make it, after it’s risen once, I flatten one loaf out, and sprinkle it with cinnamon and brown sugar, then roll it up. Apples would be a great addition to the cinnamon swirl loaf. 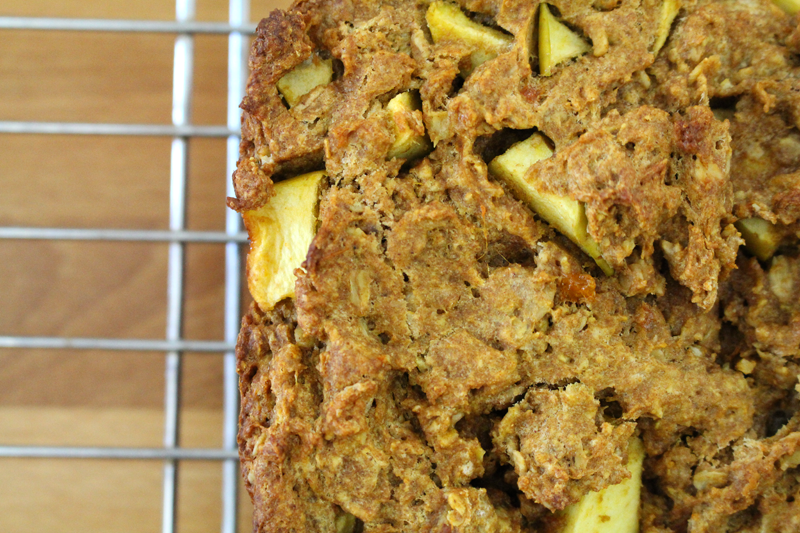 I’ve also worked on a Persimmon Apple bread that will be live on here in a couple of weeks. It’s like an apple snack cake, or a muffin loaf. Or, generally, fitting with the trend of apples+cinnamon+bread equalling awesome. 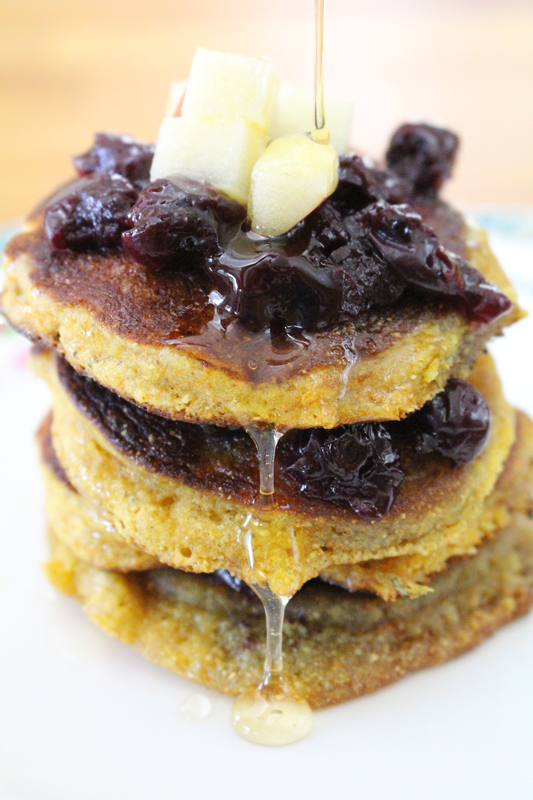 It’s always a good idea to cook down some apples and have them on hand. You could just hit them with a touch of heat, so they’re barely warmed through and still a bit crunchy. Or, you could cook them until just before they become sauce. Then serve them cooled atop pancakes, peanut butter smeared toast, or with cinnamon in oatmeal. 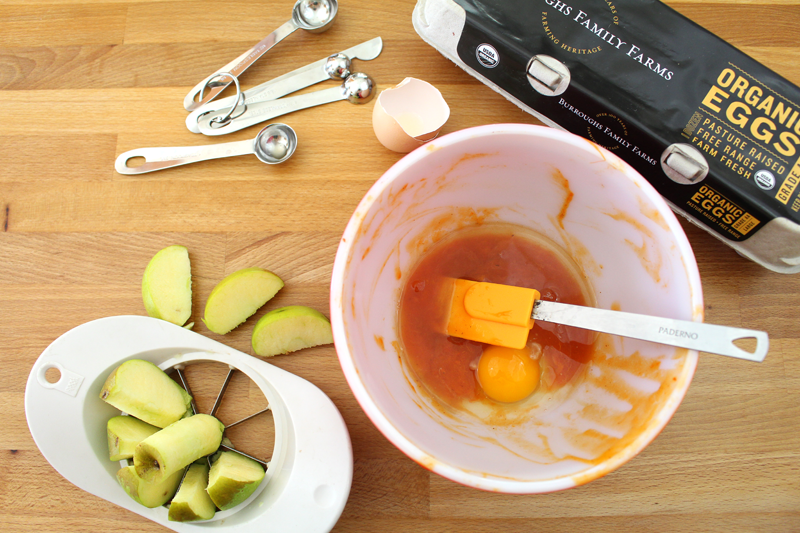 Apples are simple to prepare.

I just posted a simple pasta recipe on my blog (li

I’m trying to remember all the things I’ve lea